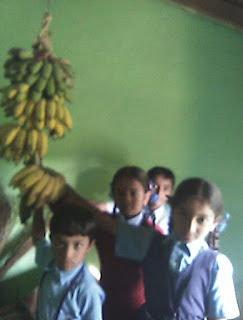 Hebbedara Metillu - a small village off Kanakapura Road, that does not even show up on Google Maps. The Head mistress of the lower primary school in the village was keen that RWH be implemented in the school and that the tiny students of the school be spoken to about the need for rainwater harvesting and water conservation. She found our number and requested us for the same. She said she would help us out by identifying a local contractor, material etc and only needed some guidance and some financial support. We managed to raise some funds, go out to the dot on the map and actually managed to get RWH implemented. It rained, their tank filled up and they called to thank us. About a year has gone by since. Now they send us this "Namma shaleyalli beleda banana" (banana grown in our school) - and ask us to swing by and eat their delicious bananas. This was grown with harvested rainwater !!

Posted by Biome Trust at 7:50 AM No comments:

One of the streets in Shantinagar very close to the BMTC bus depot, floods every rain - upto 6ft standing water, manholes overflow, gets very little or no Cauvery water for most parts of the year. People have dug their own borewells 600ft and deeper but they yield very little water. Most people on the street (about 50 homes) have lived there for more than 30 years and have seen the area grow. The community is very close knit and has known each other forever. Recently drain works have been taken up by the BBMP to clean the larger drains, increase the diameter of the UGDs and storm water drains so as to deal with the flooding issues. As a part of the work the corporator is also considering digging a common borewell and laying supply lines to each of the homes from the borewell.

One of the ladies from the community called BIOME to explore possible solutions to deal with their water issues. We managed to squeeze a visit to Shantinagar into our schedule and could inform them only a day in advance. It was amazing to see the large turnout for the meeting at short notice. The possibility of investing the "borewell" money for groundwater recharge was suggested and discussed. With some conversations between BIOME and the community it was apparent that the new borewell had little or no chance of being a steady source of water. The recharge wells on the contrary at least would increase the groundwater table. Some more conversations and people took us to see their old open wells. The wells still have water and have not been used in very long. There are memories of the well having water and the well being the source of drinking water when one of the ladies moved into the locality as a new bride. The wells do look unused and there seems to be some contamination as well. BWSSB water is many a time contaminated too. The residents are now keen to revive their opens well, invest in community recharge, implement RWH in each of their homes. The story has to still unfold but we are confident there will be a happy ending and plentiful water when they need it 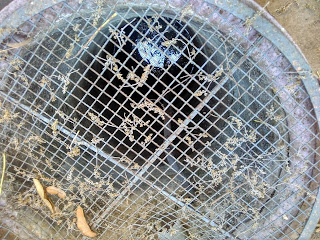 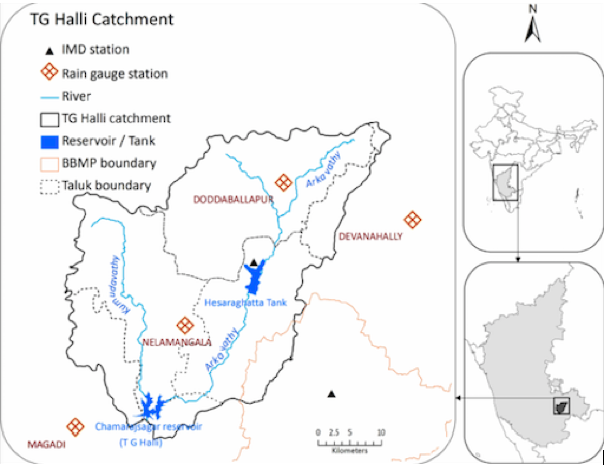 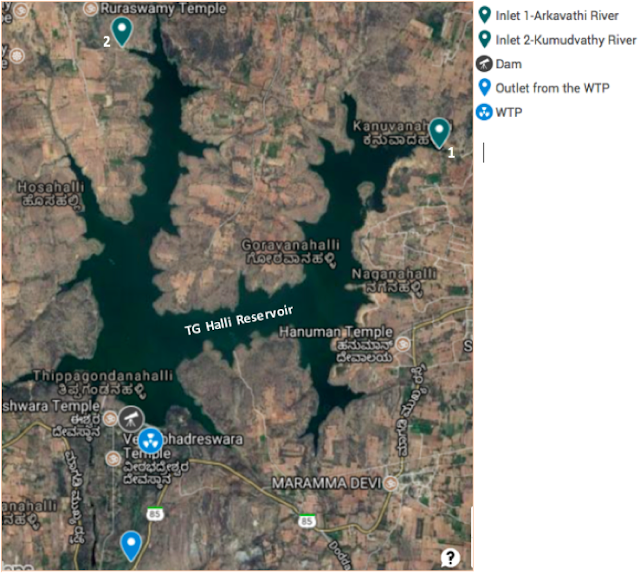 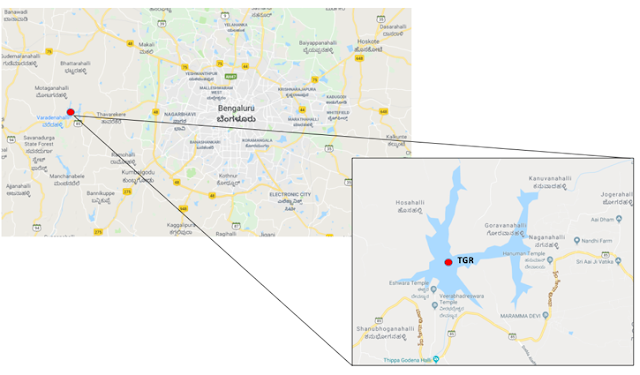 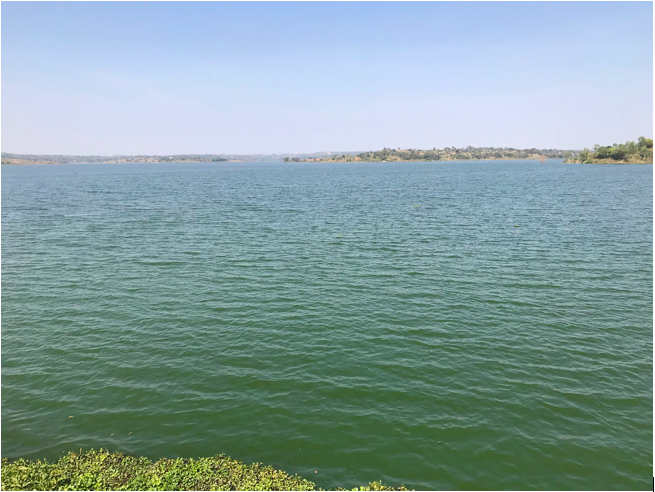 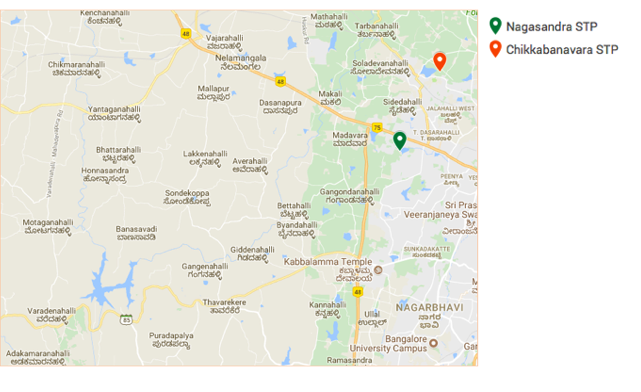 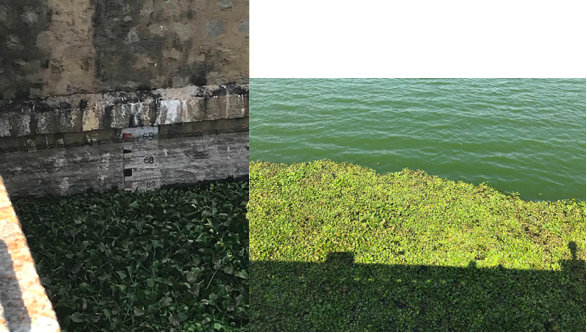 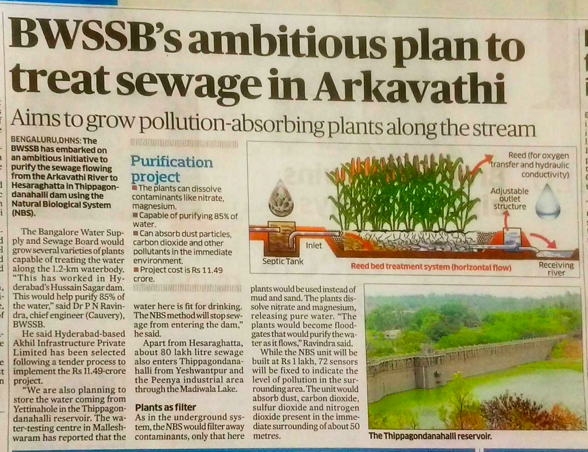 Summary
Herohalli Lake (water body area of about 25 acres) lies on approximately 35 acres and to the west of Bangalore between Andrahalli Main Road and Magadi Main Road. Herohalli is part of the Madavara lake series within Hebbal Valley. It is frequented by many local residents who use the provided walking path, kalyani, and other amenities. A 1.5 MLD Soil Biotechnology (SBT) STP exists in the lake premises which currently is not operational. No constructed wetlands exist in the lake. However, there are areas within the lake which have been separated by the bunds but have no vegetation except for significant algal growth. In total, there are 4 inlet points and 1 outlet from the lake. Inlet 2, which is the STP treated water inlet, does not discharge treated water into the lake as the STP is not operational. Inlets 1 and 4 are overflow inlets(overflows during a rain event) which carry a mix of sewage and stormwater. Inlet 3 is also an overflow inlet(overflows during a rain event), but which carries a mix of sewage, chemical effluent, and storm flows through the diversion drain to Malathalli kere and then towards Kengeri. The volume of inflow through the inlets 1, 3, and 4 could not be determined during the non-rain event. 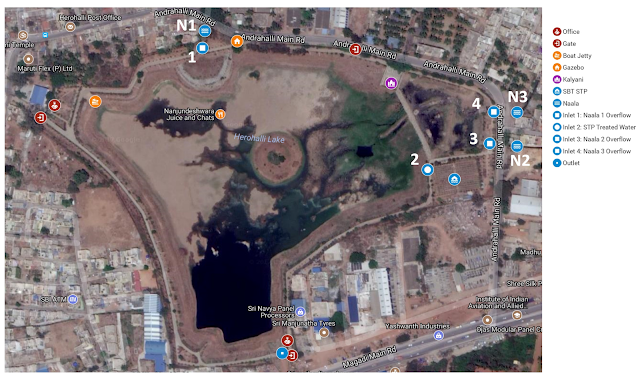 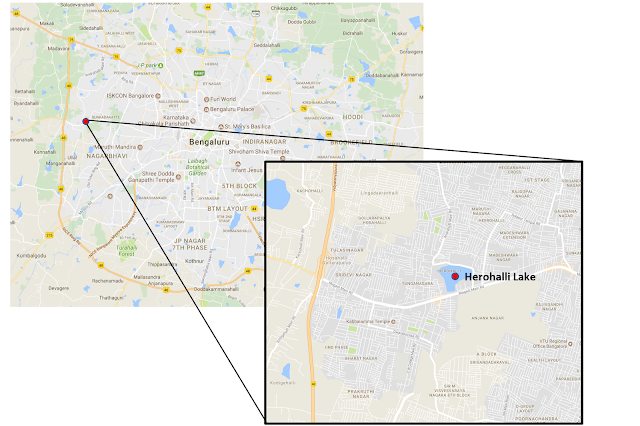 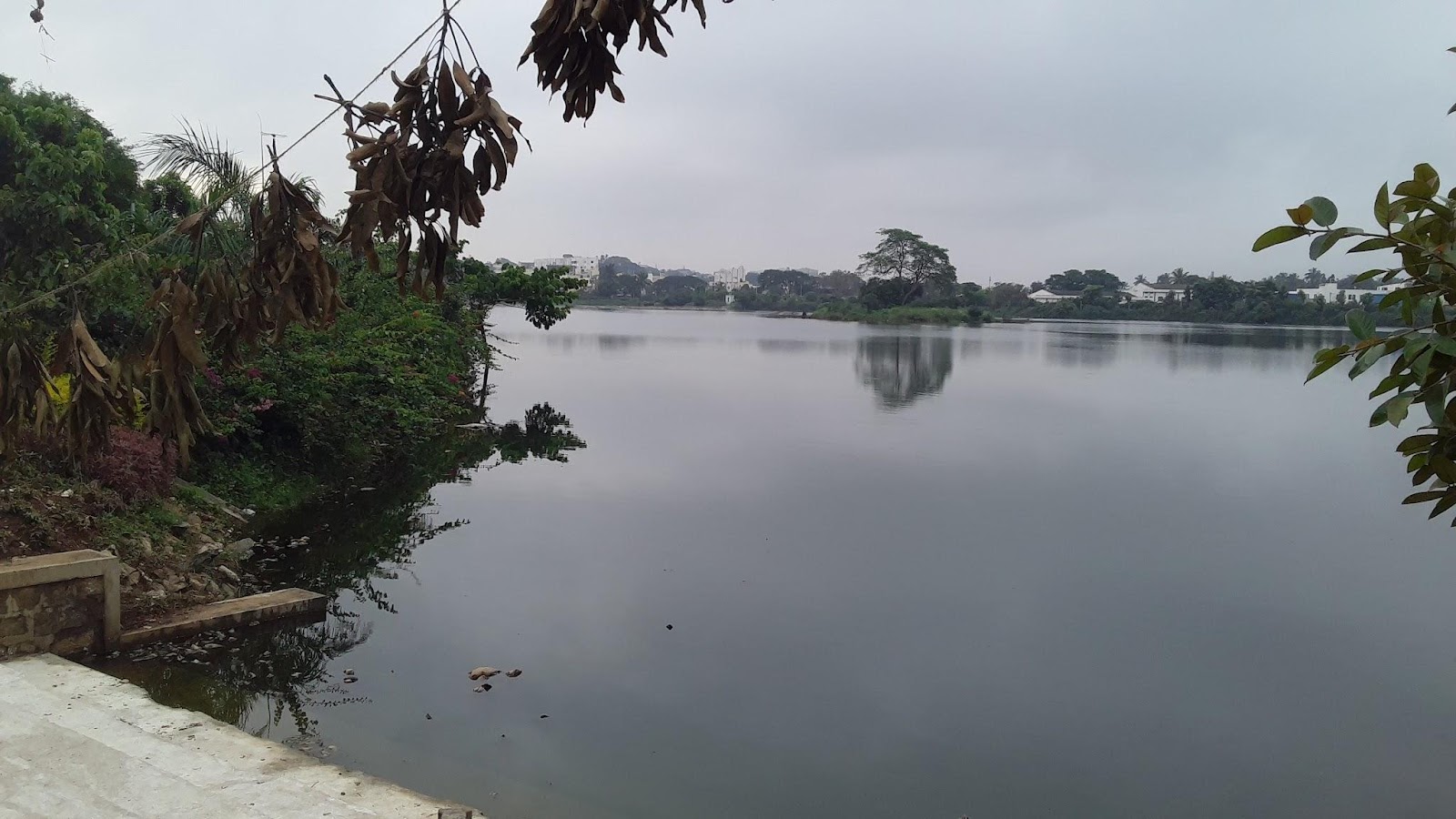 There are 4 inlet points, of which one is a treated water inlet and the other three are overflow inlets into the lake. The three inlets when not overflowing flows into a diversion drain which flows towards Kengeri through Malathalli lake. We were told by people at the lake that the inflows to the lake include sewage from the Peenya and Madeshwara Nagara areas. There are no wetlands in the lake. Significant algal growth was observed, especially along the edges and in those areas that are separated by bunds. A few locals mentioned a strong sewage odor will often occur after a significant rain event. We were told that the area within the bunds is typically cleaned once every 3 or 4 days. 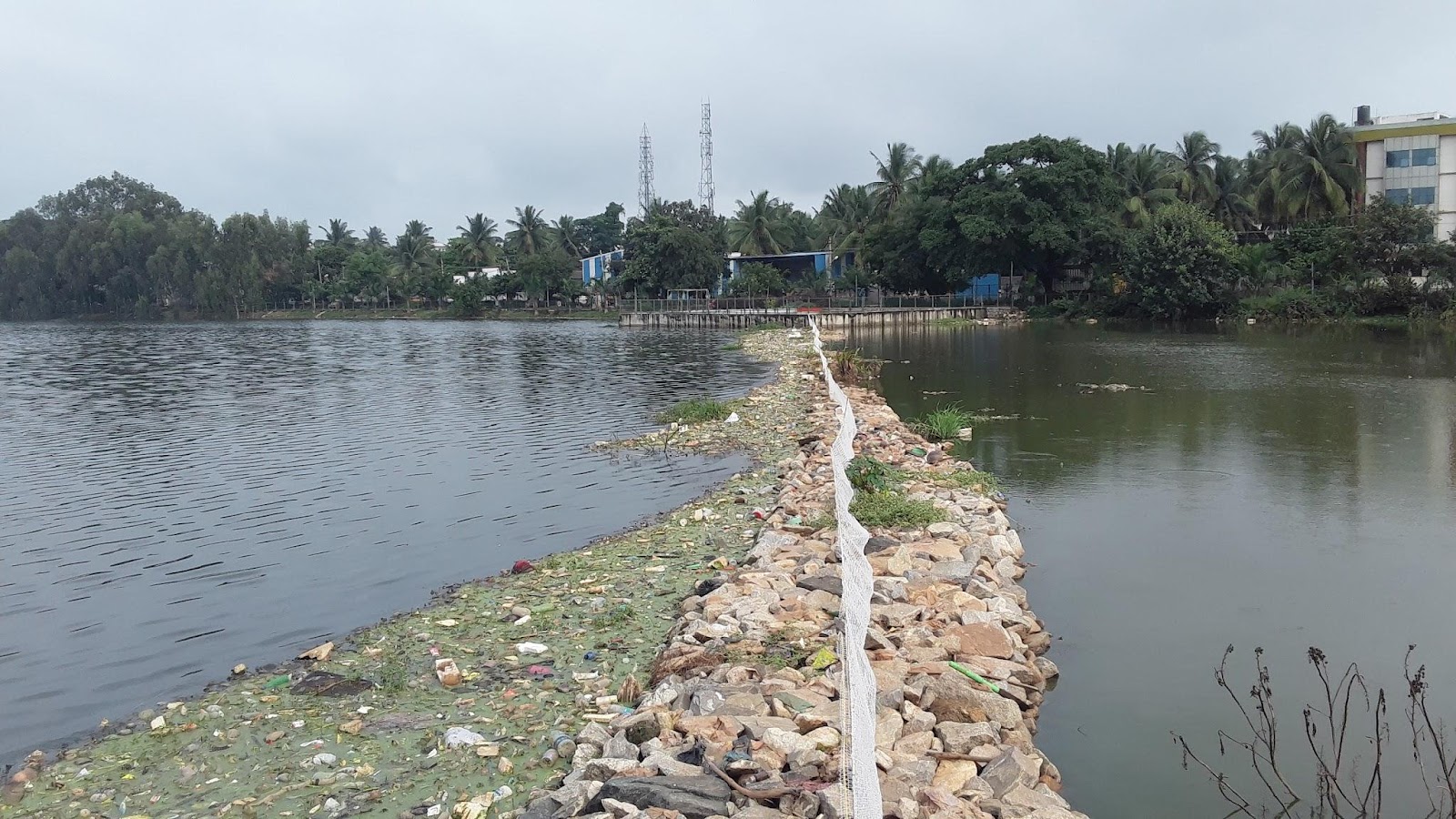 In the mornings and evenings, many local residents use the 1.5 km path around the lake for walking, jogging, or other workouts. There is a kalyani and a gazebo on the northern part of the lake. We observed that there were no toilets all along the 1.5 kms perimeter of the path. There are three entrances: one in the north, one in the northwest, and the other in the south of the lake. Contracted fishing is also allowed at the lake. 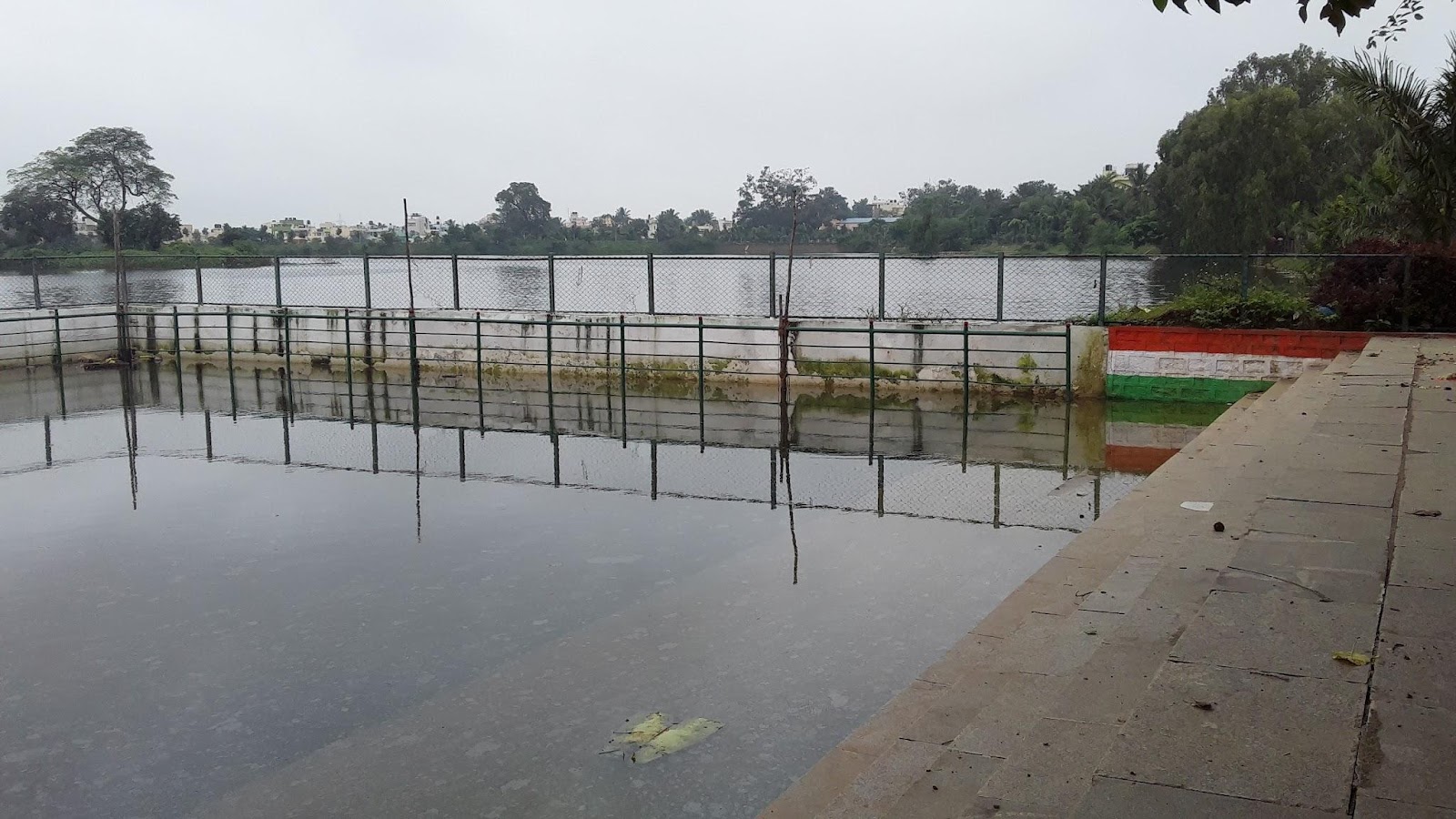 The Lake
Four inlets where water would enter Herohalli Lake were identified and are summarized below.


The outlet from the lake is an overflow system under a bridge in the Southern side of the lake. 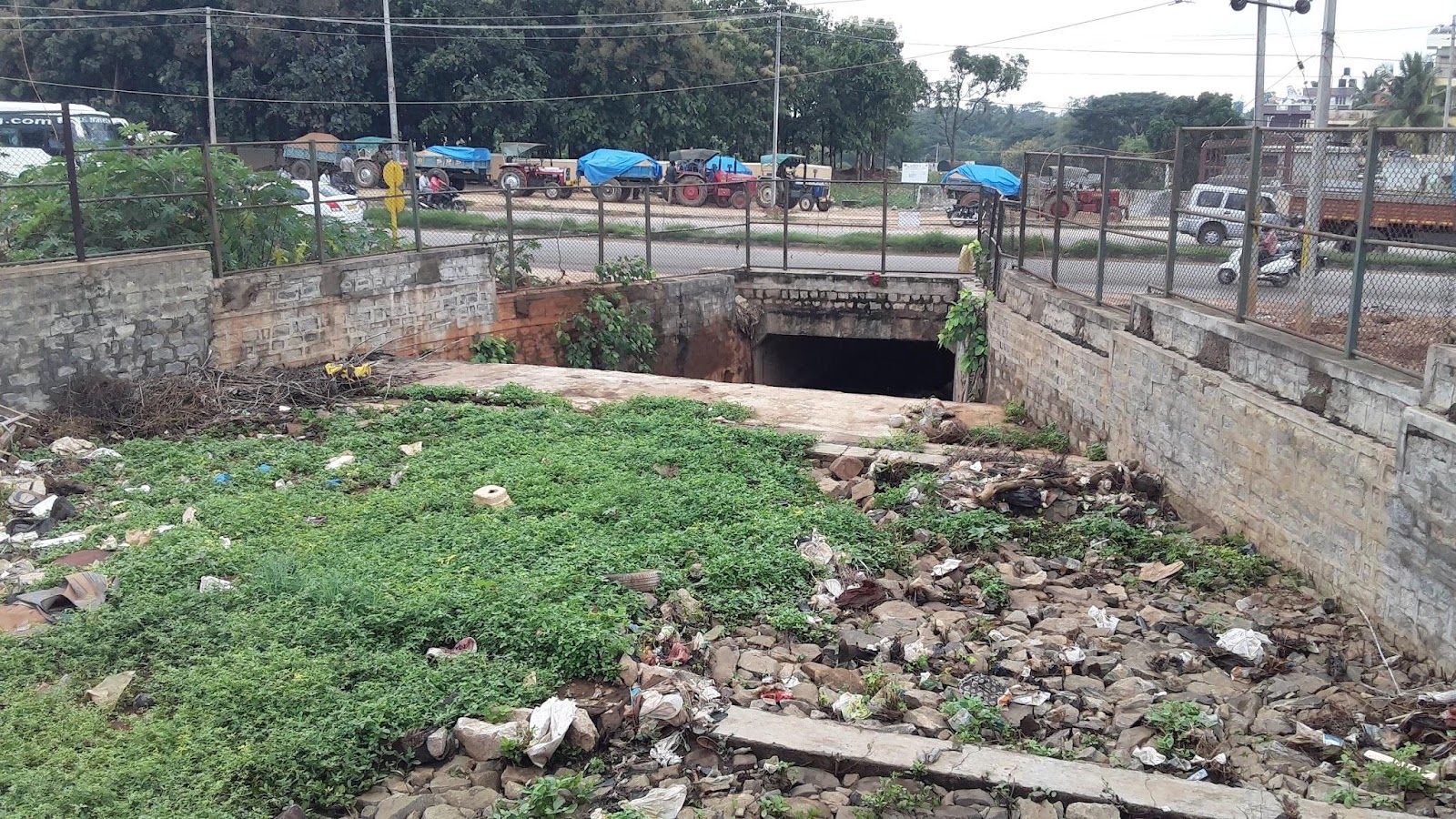 
The STP
The STP at Herohalli is owned by the BBMP and was constructed in 2014 for about Rs. 2-3 crore2. The STP is capable of treating 1.5 MLD of sewage. Currently, the STP is not functional and we were told by the security at the lake that the reason for that is due to lack of manpower. During a visit with the BBMP on 23 October 2017, we were informed that the STP is expected to be operational in about five months following the construction of a silt trap prior to the inlet of the STP. The treated water is piped directly into the main part of the lake. 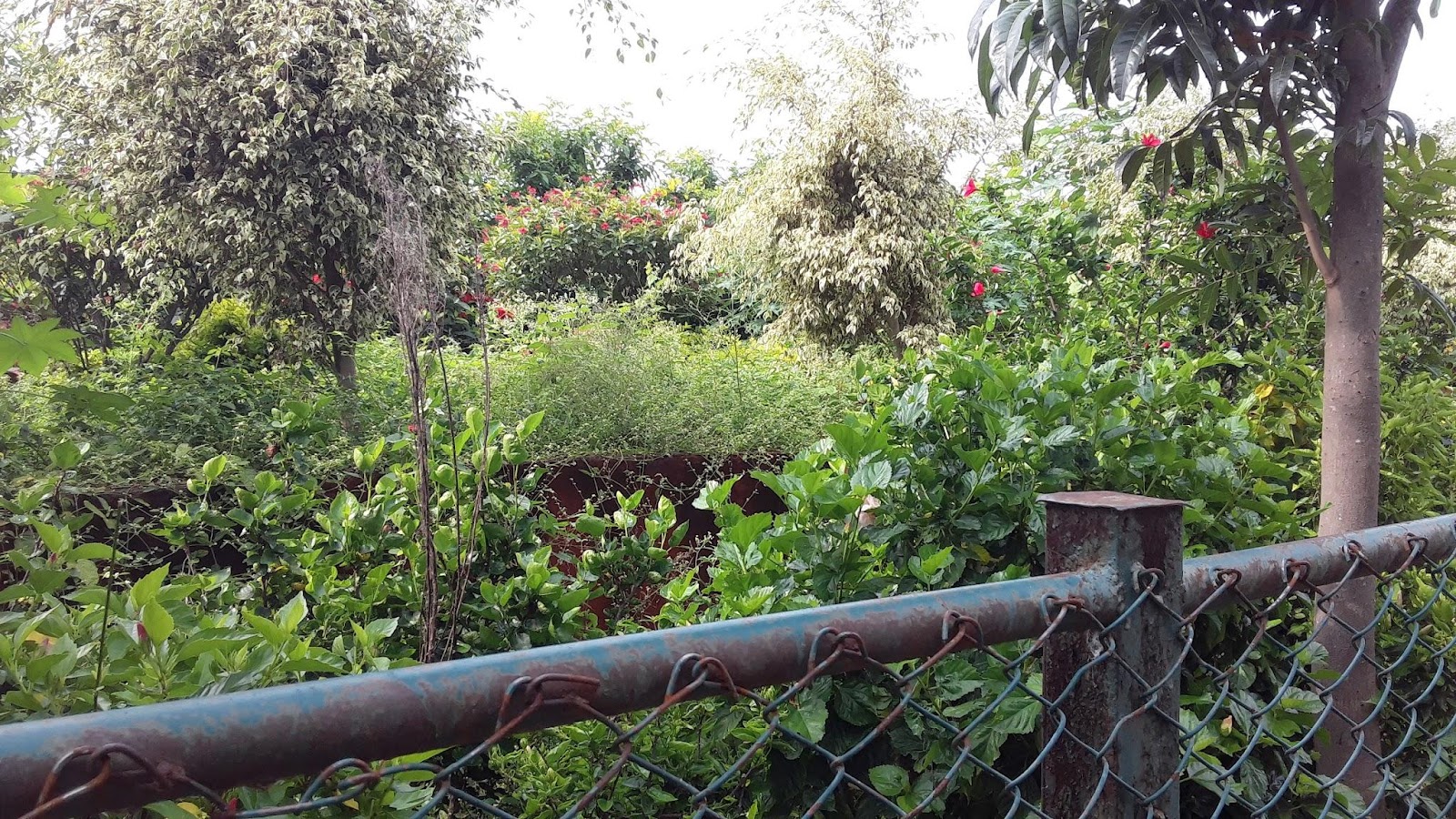 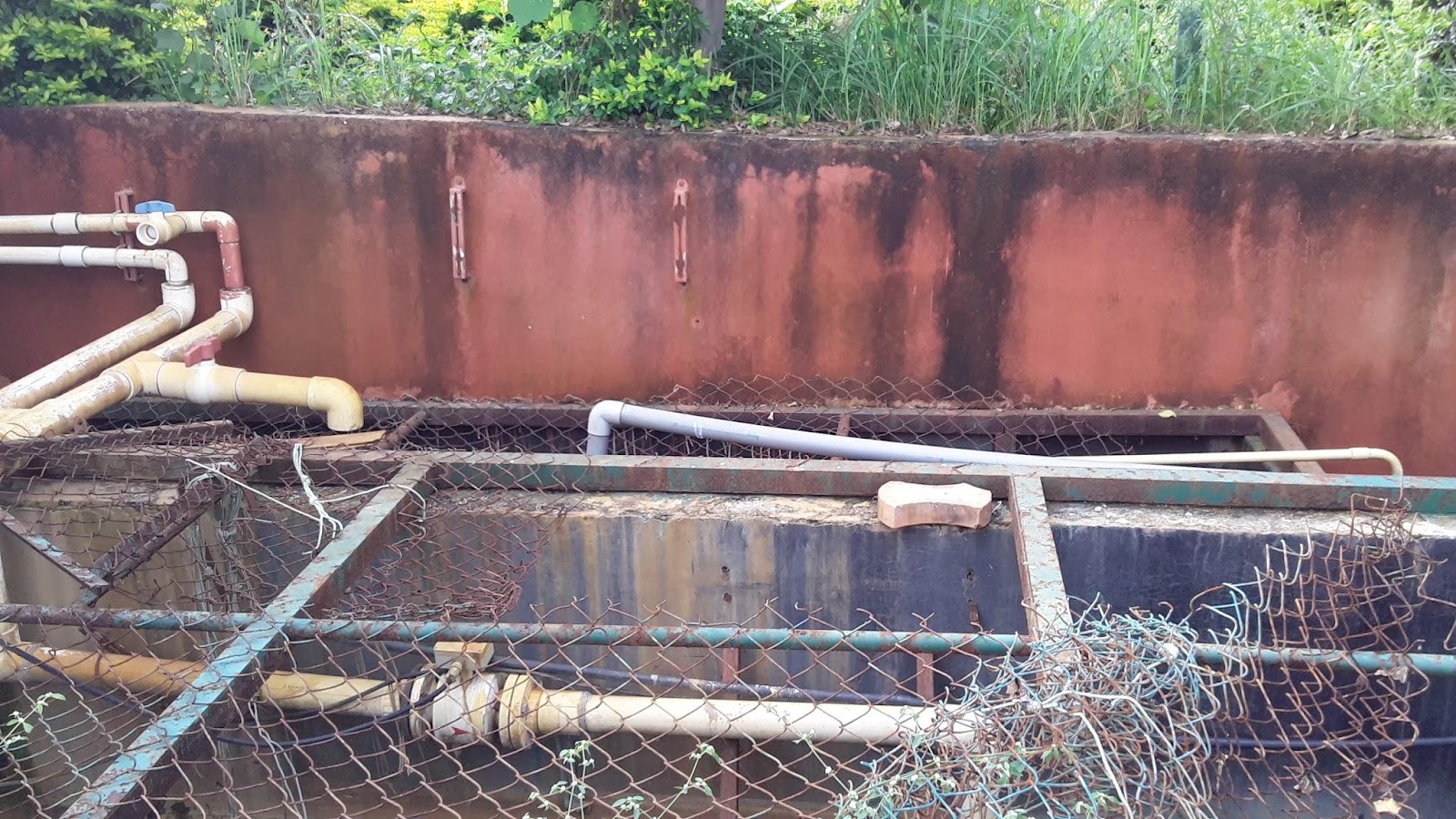 The treatment plant is based on a technology called the Soil Biotechnology, a natural treatment system which uses microbes present in the soil coupled with engineered filtration units to treat the wastewater.


The Wetlands
There are no wetlands at Herohalli Lake.