On 17th December, 10 employees from Walt Disney Company India Pvt Ltd participated in a volunteer effort at the Accept Society, a HIV care centre located on the outskirts of Bangalore. Biome had already implemented a rainwater harvesting project at Accept India in 2009 (http://sonublogs.blogspot.com/2009/09/rainwater-harvesting-at-accept-society.html )

When Walt Disney approached us via CMS Environment to help out with their volunteer activity, we felt that this would be a perfect opportunity to do some maintenance and clean-up at this site

Prior to the actual date, Ms Sajitha of Walt Disney along with Karan from Biome visited the site to determine what exactly could be done. After having a look around and speaking with Mr Samuel (the in-charge at Accept Society), we decided on the following: 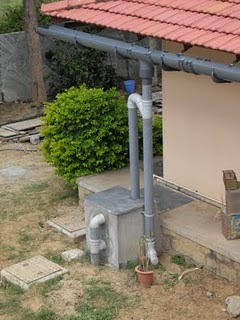 1.Cleaning and painting of filters: The rainwater filters we have installed here are in the form of large masonry chambers in which the various filter media like stones, gravel and charcoal are placed. These need to be cleaned every now and again for effective functioning. The filters at Accept are fairly large so we felt that this itself would be a major task for the volunteers. We also decided to paint them different colours.


2.Cleaning the storm water drains: Part of the rainwater on the campus is directed to a “recharge well” which helps replenish the groundwater. The channels which feed into this, often tend to get filled with silt, twigs and leaves. Cleaning them would be another task. 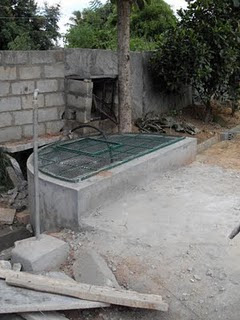 
On the appointed day, the volunteers along with Karan and Aswathy from Biome assembled at the site by 11 AM. Walt Disney was represented by 10 people including the country head who is actually based in Mumbai but happened to be in town at that time.
At the outset, Mr Samuel showed us around the facility and explained in detail the highly commendable work they are doing. The Accept society has a testing centre along with about 40 hospital beds for the patients. They provide essential nursing and medical facilities and have an orphanage for the children of people who don't make it. 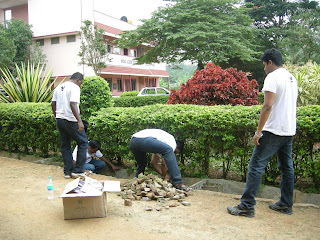 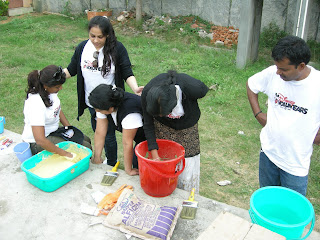 The group divided itself up with some tackling the storm water drain cleanup while others focused on cleaning the filters.

At around 1 PM we broke for lunch which had been arranged by Walt Disney. Post lunch we put in another one and a half hours of work to complete painting the filters. 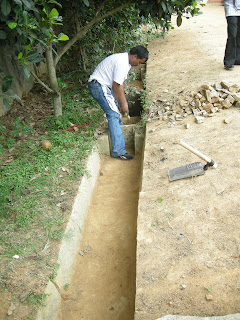 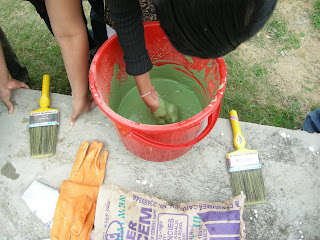 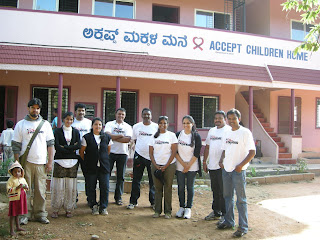 A special thanks to Ms Sajitha of Walt Disney, Mr Samuel of Accept India and Ashwini of CMS Environment for helping co-ordinate the entire activity.
Posted by Biome Trust at 5:04 AM 4 comments: