Ghar Ghar Aakash Ganga- Every House for Rainwater Harvesting in UP

In Late Oct, I had visited Delhi to attend Water Aid’s Jal Choupal initiative. Jal Choupal as it translates is “Water Platform”, where different users and decision makers of water can come together to discuss their needs, issues and decide strategies to manage water. While it looks amazing as an initiative, I would like to attend one of these Jal Choupal at Village level to understand it and talk more about it.  I say this because, it is a challenging task with myriad of institutions at a village level and everyone wants people to be part of it. 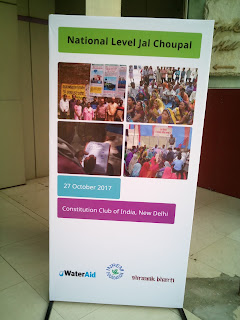 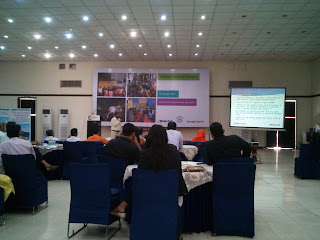 After this event, I headed to Kanpur, where I was asked if I can conduct Rainwater Harvesting (RWH) training session by INREM Foundation for a local NGO working in Kanpur district. I accepted as I have been working on an ongoing RWH project for several government schools in rural Bangalore and have a few learnings about it, especially about the importance of plumber.


I land up in the office of the local NGO in Kanpur and spontaneously ask the Project Director, “Is the plumber coming along?” He paused and replied, “We don’t have any plumber coming with us”. I insisted for a plumber and then he made calls to find one soon.


It was unusual response to me, but for many people with whom I later discussed RWH isn’t a popular response yet. The proximity to mighty Ganga and handpumps (which is a major source of the water needs in villages). These handpumps are preferred over plenty of open wells, (check pics)  which have immense potential for recharge and storing water.

We reached the project site, which is a village in Kakupur Sitaram Gram Panchayat in Shivrajpur block of Kanpur district. There was one local plumber, who didn’t go to the nearby town for work, like all others did that day (lucky for us)

I decided to use the latest manual on Rainwater Harvesting that Biome had co-developed in association with a Bangalore based Navyadisha Trust with the support of Grameen Koota. This manual is very comprehensive as it comes with detailed illustrations (this was Kantesh’s, the Artist first project on water and sanitation) along with the required technical details for RWH for drinking and non-drinking purposes. Check out the pics of the manual 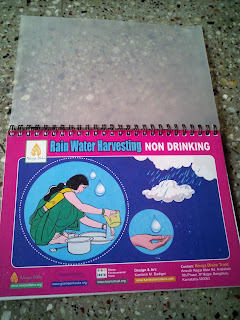 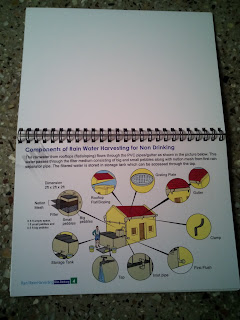 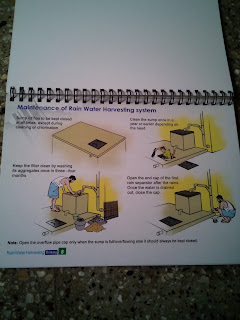 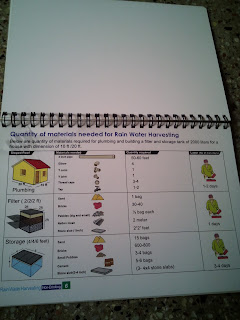 I went along with the plumber to the one of the houses selected for RWH. I explained the steps involved in RWH to the plumber and showed the manual for more specific details. On asking whether he could understand, he replied “   I have understood things like PVC pipe, Elbow, T Joint, Y Joint, Clamps shown in these pictures. It is helpful in understanding the RWH process”. But he believed that he would need to build few such structures to understand it much better. 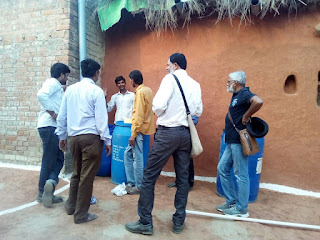 Even the field team at the NGO praised the manual for its details and illustrations (seen above). They wanted a Hindi version of the manual. I told them, it should be done soon.

I was there for 3 days, explaining the members of the NGO and the plumber about RWH, after they came back with specific questions. The team decided to go for Varun filter (made of contents like sand, sponge, pebbles placed in a 100 liters sintex tank), two 220 liters sintex tank connected together and a recharge pit as part of their designed “Ghar Ghar Aakash Ganga” Program.

While I was there, the implementation of the project could not start due to various reasons. I received these pics of the system, one completed and another in progress. 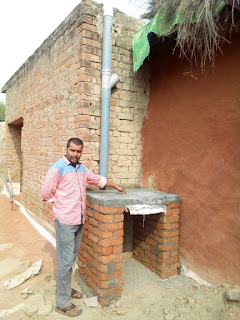 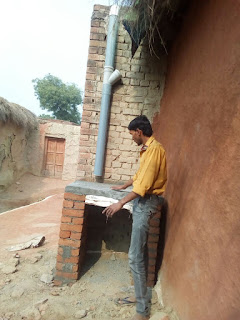 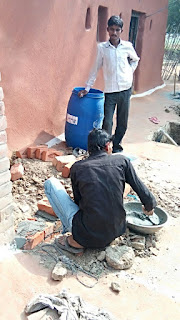 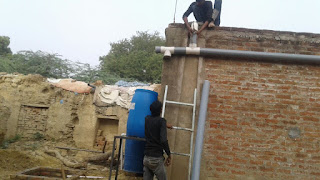 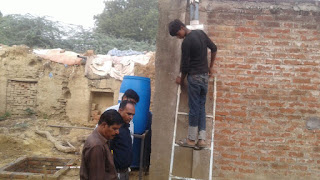 I left with them, the importance of the role of the plumber in building RWH system and how it could generate livelihood for them, which the members at the NGO acknowledged.

Thanks Kiran for sharing your thoughts on this blog. We wanted to have ghar ghar aakash ganga driven by households only with support from local plumbers at minimal costs. The Village level Jal choupals are quite intense in discussions on water security and conservation as per my experience if structured and moderated intelligently. we look forward to nore north south exchanges on water security in days to come. Thanks for all your support from Water Aid India.