On 16th July, 2010, the Biome Trust organised the screening of Pradip Saha's “Mean Sea Level” at Alliance Francaise, Bangalore. Pradip works with the Centre for Science and Environment, New Delhi. The screening was well attended with a near full house.

After the film, Pradip (who is the writer, director and producer) interacted with the audience and fielded questions.

The movie looks at climate change as seen through the eyes of people living in the sunderbans of West Bengal. 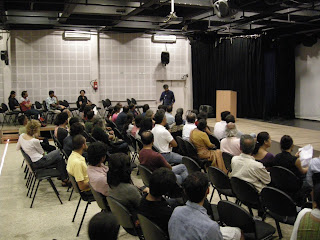 Mr Vishwanath of the Biome Trust interacting with the audience

The opening scene shows a villager sitting on a boat trying to locate his erstwhile village. Seemingly in the middle of the ocean, they are actually at the very spot where their village once stood. It is a poignant moment as the villagers try and guess at where the defining features of their past life (temple, church, house) once stood.

Mean Sea Level captures the great beauty of the sunderbans, as well as a sense of foreboding at having to tackle a seemingly unsurmountable problem. There are some outstanding cinematic moments like when the camera pans all along the length of an aerial tree – down to its roots, or when a lone sailboat slowly passes by.

With a striking music score Mean Sea Level made for a powerful viewing experience. 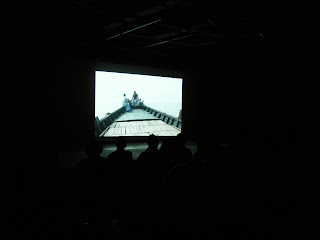 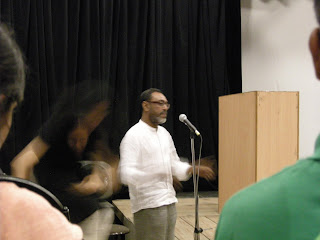 Director Pradip Saha fielding questions from the audience
Posted by Biome Trust at 1:04 AM

It was a really well made movie. I personally remember and often think about the part where they say - those that have money have fishing boats, those that cant have boats have nets by the shore, still poorer people comb the shore with iron forks for coins dropped by the pilgrims and those that cant even afford the "iron forks" put their hands into the sand and "hope to catch some fish". How must that be ?