Authored by Shreyas Sati and Alana Helin as part of the BIOME Trust Wetlands & Lakes Project
Summary
Munnekolala Lake is on 15 acres 38 guntas land in Marathahalli and is located to the east of Bangalore behind Purva Riviera Apartment. It is frequented by many local residents who enjoy the provided walking path, kalyani and other amenities. On our visit (2 Aug 2017), we observed that there are no constructed wetlands nor an STP. In total, there are 5 inlet points and 1 outlet from the lake. All of the inlets will discharge untreated sewage and storm water into the lake only during flood events. The volume of inflow through the inlets could not be determined. The sewage from Naalas at two locations enter the diversion drain, which runs from the north of the lake along the eastern perimeter to the south from where the sewage flows into a sewer drain outside the lake area2. Note for map below - N: Naala, I: Inlet. Map labels match up with corresponding legend element. Top of map is north. 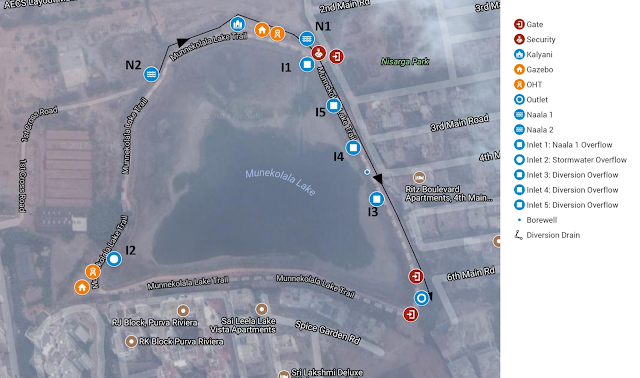 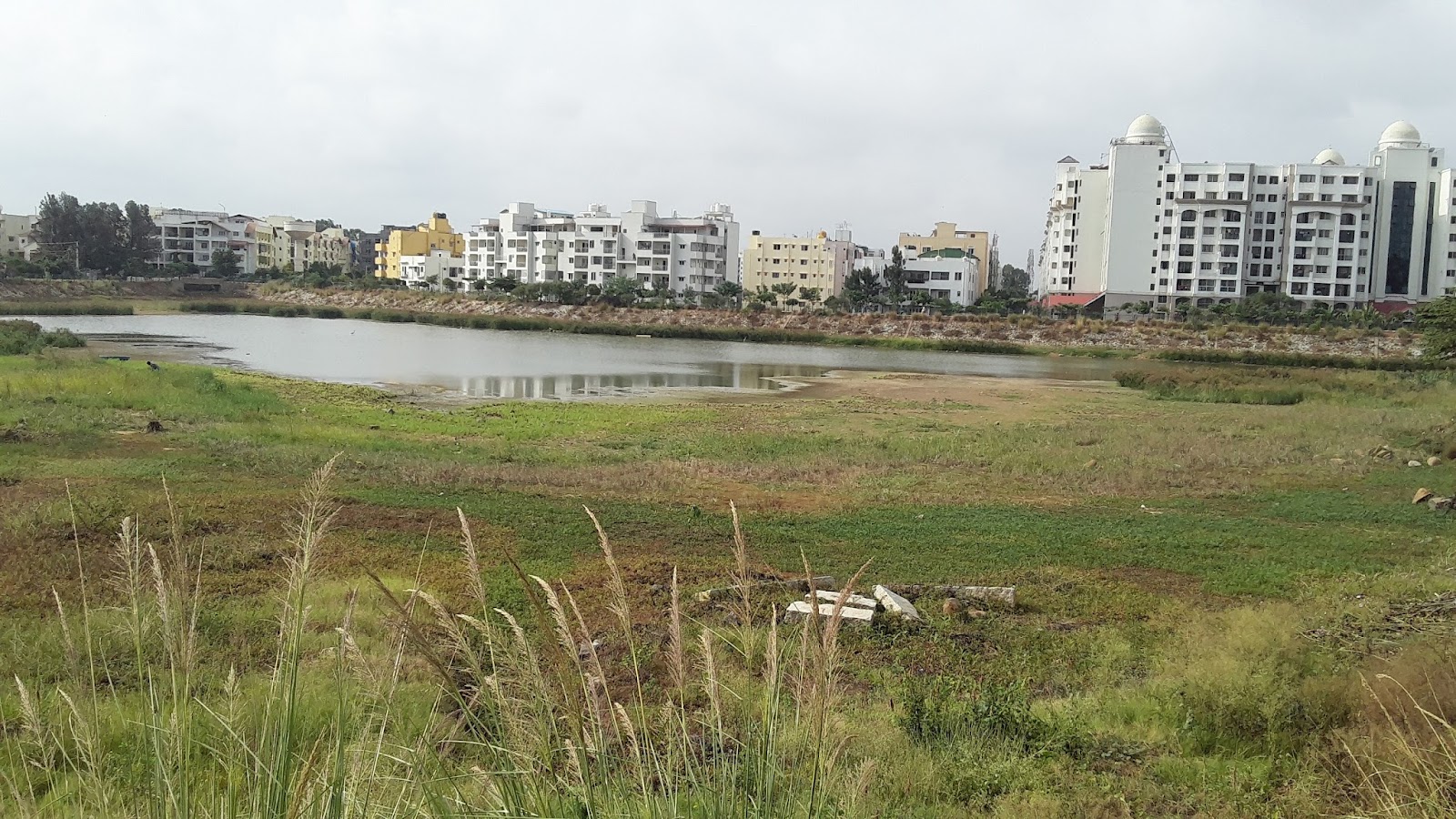 
It is reported that in 2013, the BBMP started its first phase restoration of lake for an estimated Rs. 2.7 crores which included desilting and construction of bund and pathway1. However, the bund here was not evidently visible. In its second phase, 1.15 Crores was spent on constructing of a pathway, planting of saplings, a Kalyani and park improvements. In the mornings and evenings, many local residents use the 1 km path around the lake and gazebos for walking, jogging, or other workouts.


One borewell was identified along the eastern side of the lake which appears to be used for gardening. There were also two towers, one of which holds an overhead tank (OHT) while the other is only a platform.


The Lake
There are two naalas from where the sewage enters into the diversion drain. Naala 1 enters from the northeast of the lake and Naala 2 enters from the northwest of the lake. Naala 1 also has an overflow structure which enters into the lake during flood events, whereas Naala 2 does not have any overflow structure. A total of five inlets from where water would enter Munnekolala Lake were identified and are summarized below.


The outlet from the lake is an overflow system under a bridge in the SE corner of the lake. The sewage from the diversion drain flows along the eastern perimeter of the lake and exits the lake at the south eastern side.


Around the edges of the lake, a buildup of algae on the surface was apparent. Along the walking path, there was a kalyani near the northern gazebo. 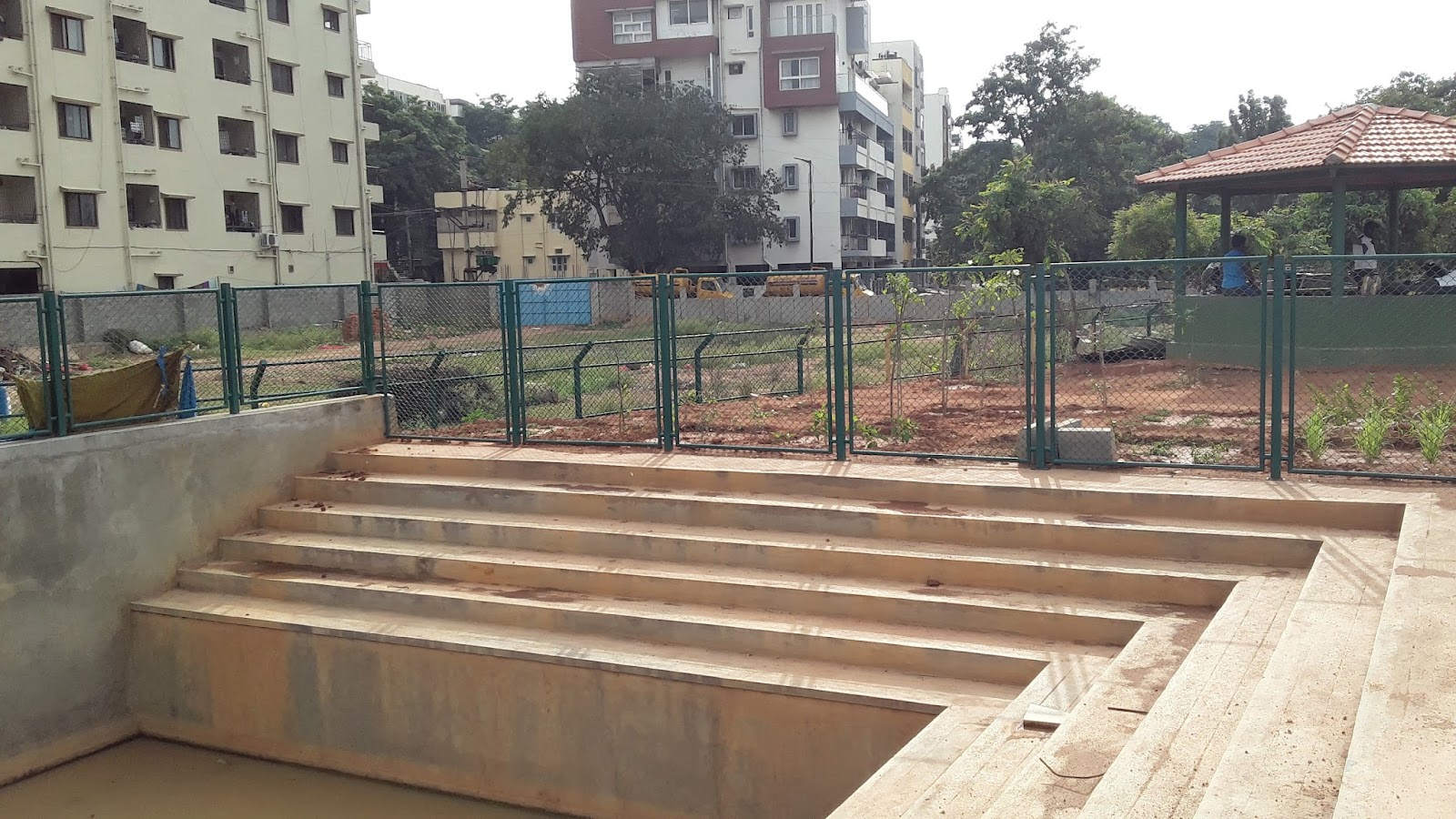 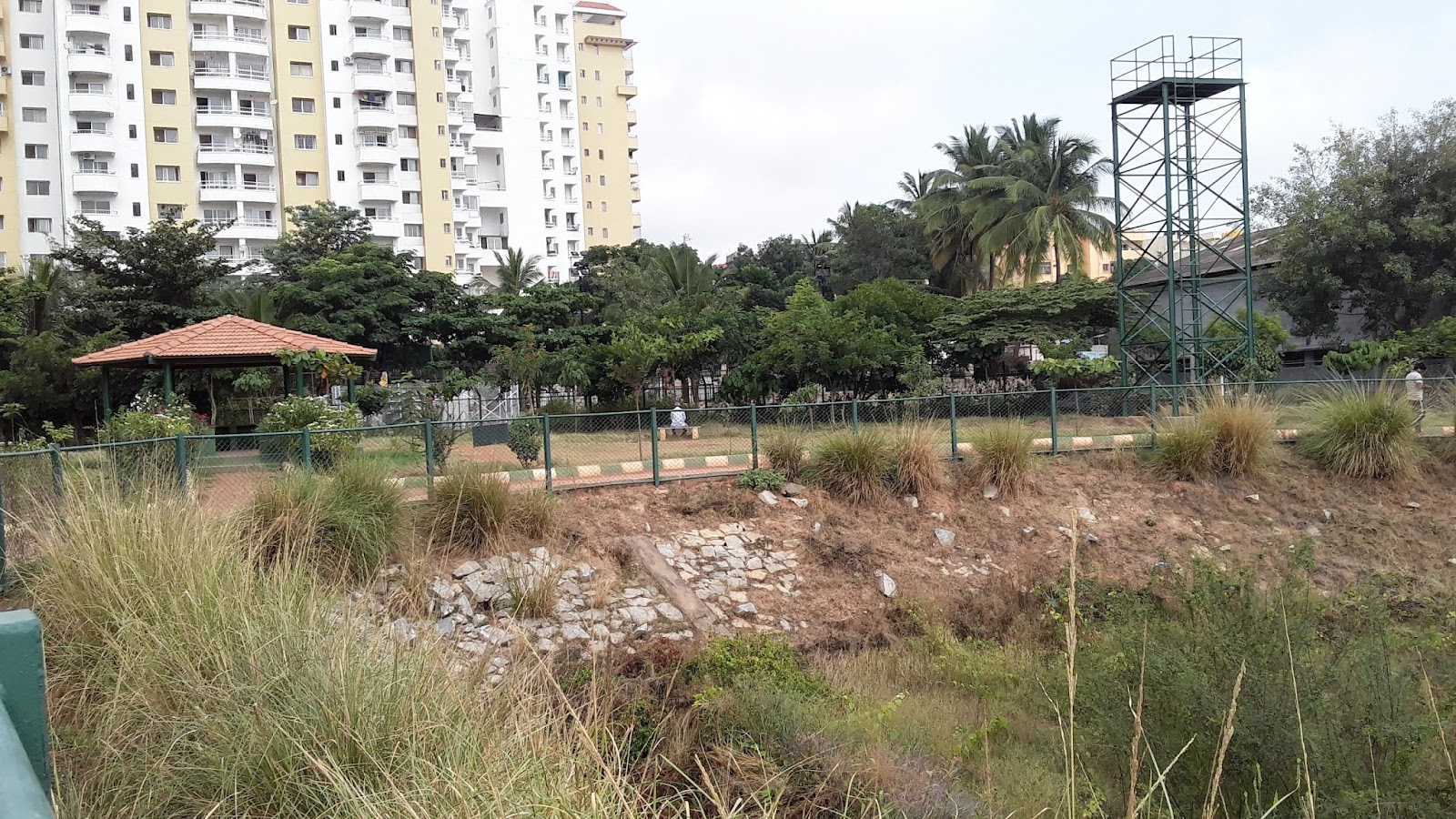 The STP
There is no STP at Munnekolala Lake. Sewage is diverted from Naala 1 and 2 into a diversion culvert which connects to the main sewerage line outside of the lake.
It is observed that the sewage flowing through Naala 1 and 2 are generated by the apartments on the norther side of the lake. It was also stated by the authorities that the treated sewage from Purva Riviera Apartments is discharged into storm drains with permission from KSPCB. However, it still remains to be confirmed by the Apartment Association.


The Wetlands
There are no constructed wetlands at Munnekolala Lake. It is to be noted that there weren't any wetland plants even at the Naala 1 overflow which could have taken care of direct sewage inflow into the lake during a flood event.


Contact Info
The lake is controlled by the BBMP while United Way of Bangalore (UWBe) and Northern Trust are now responsible for looking after the lake. The Munnekolala Lake Restoration Association (MLRA) worked with the BBMP during the restoration phase.