Kundalahalli Lake is on 30.5 acres and is located in the eastern part of Bangalore near the Airport Authority of India and Gopalan Enterprise on Kundalahalli Main Road. It is frequented by many local residents who travel through on their daily commute and those who use the lake for washing and open defecation. According to multiple articles, two STPs with a combined capacity of 780 KLD were constructed in 2016.1,3 There are no constructed wetlands but a variety of wetland plant growth throughout the lake is seen. In total, there are 4 lake inlet points (LI) and 1 outlet from the lake which were identified during our visit on 25 July 2017. Those inlets include the STP treated water which discharges into the lake and Naala 1 Overflow which would discharge untreated sewage into the northern part of the lake. The northern part of the lake is separated from the main waterbody by a large bund. In addition, there are 3 inlets into a diversion drain (DI). The volume of inflow through the inlets could not be determined. Note for map below - N: Naala, I: Inlet, POI: Point of Interest. Map labels match up with corresponding legend element. 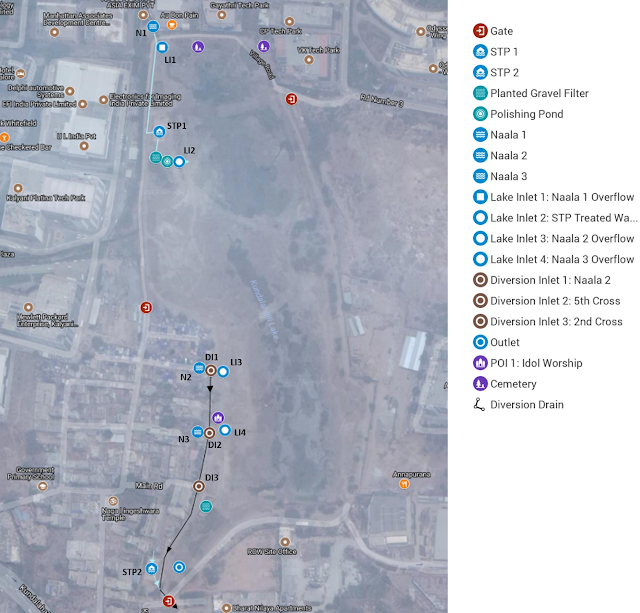 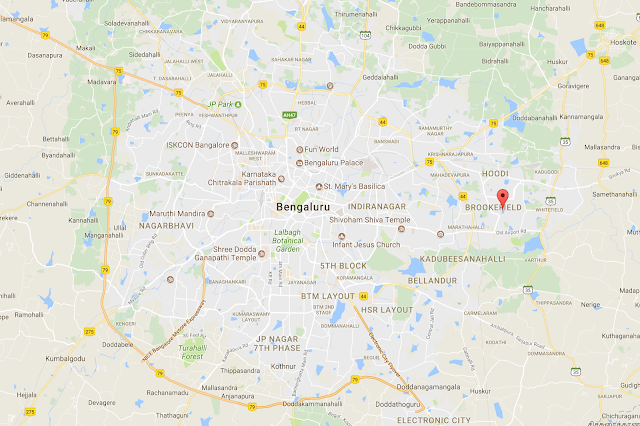 Overview and Observations
Kundalahalli is located in Brookefield, Bangalore. 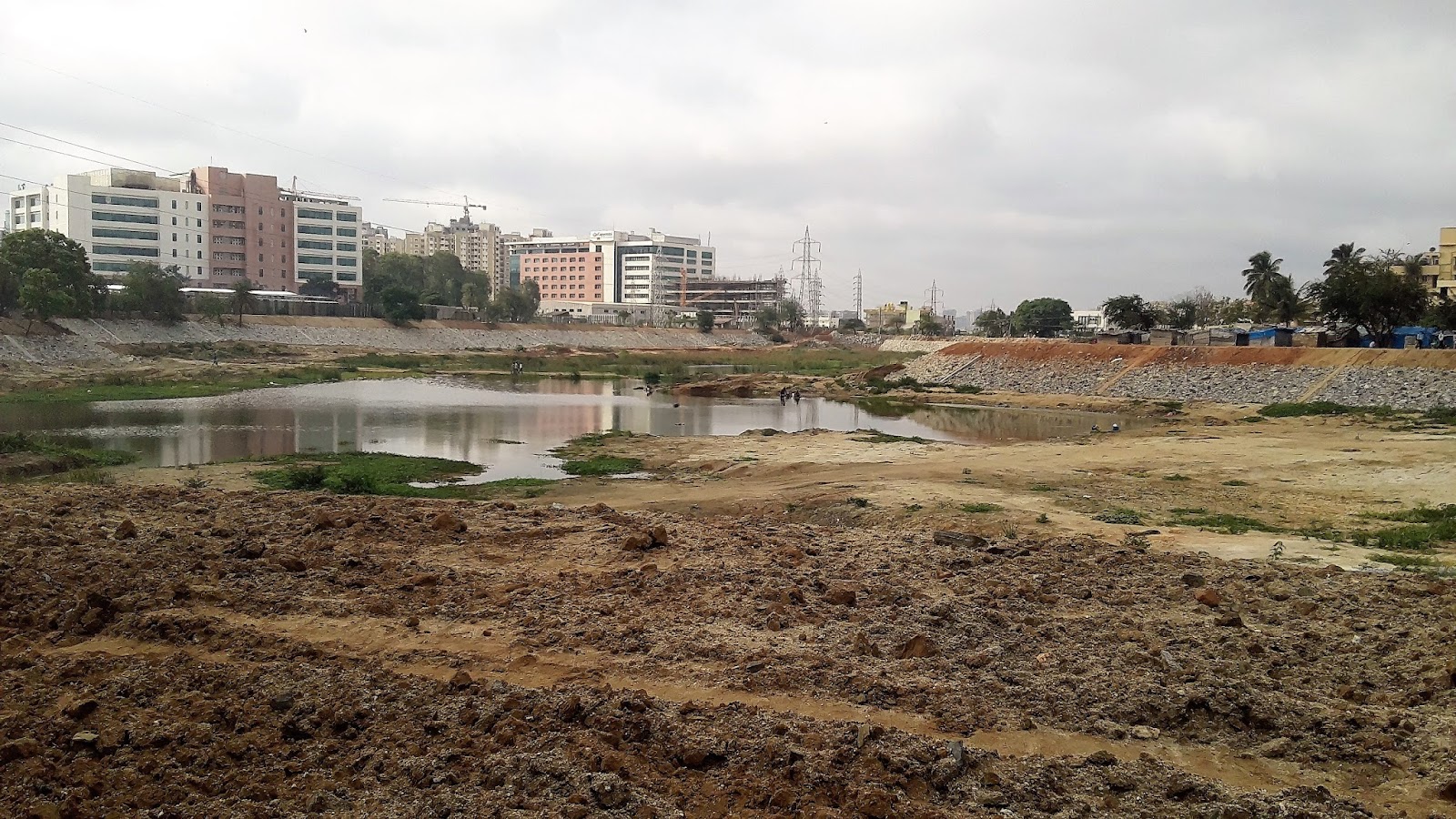 In 2016, the BBMP and local residents began work to restore the lake. The lake has been dry-dredged to remove the build-up of sewage from the lakebed. In addition, a new CSR funded STP (STP 1) was commissioned in 2016 and is now operational. There are 2 lake inlet points (LI) and 1 outlet from the lake. There are also 3 diversion drain inlets (DI).


A second STP (STP 2) treating residential wastewater was identified along the southwest edge of the walking path.


In the mornings and evenings, many local residents use the path on their daily commute, either on foot or two-wheelers. The lake has also been encroached upon by a slum and other buildings. The slum dwellers and other residents use the lake to wash clothes and also as a place to defecate.


A hillock adjacent and to the east side of the lake has been used as an illegal dump yard for construction debris. This issue has been reported in many articles previously which the government authorities have taken cognizance of and are working to sort the issue.1 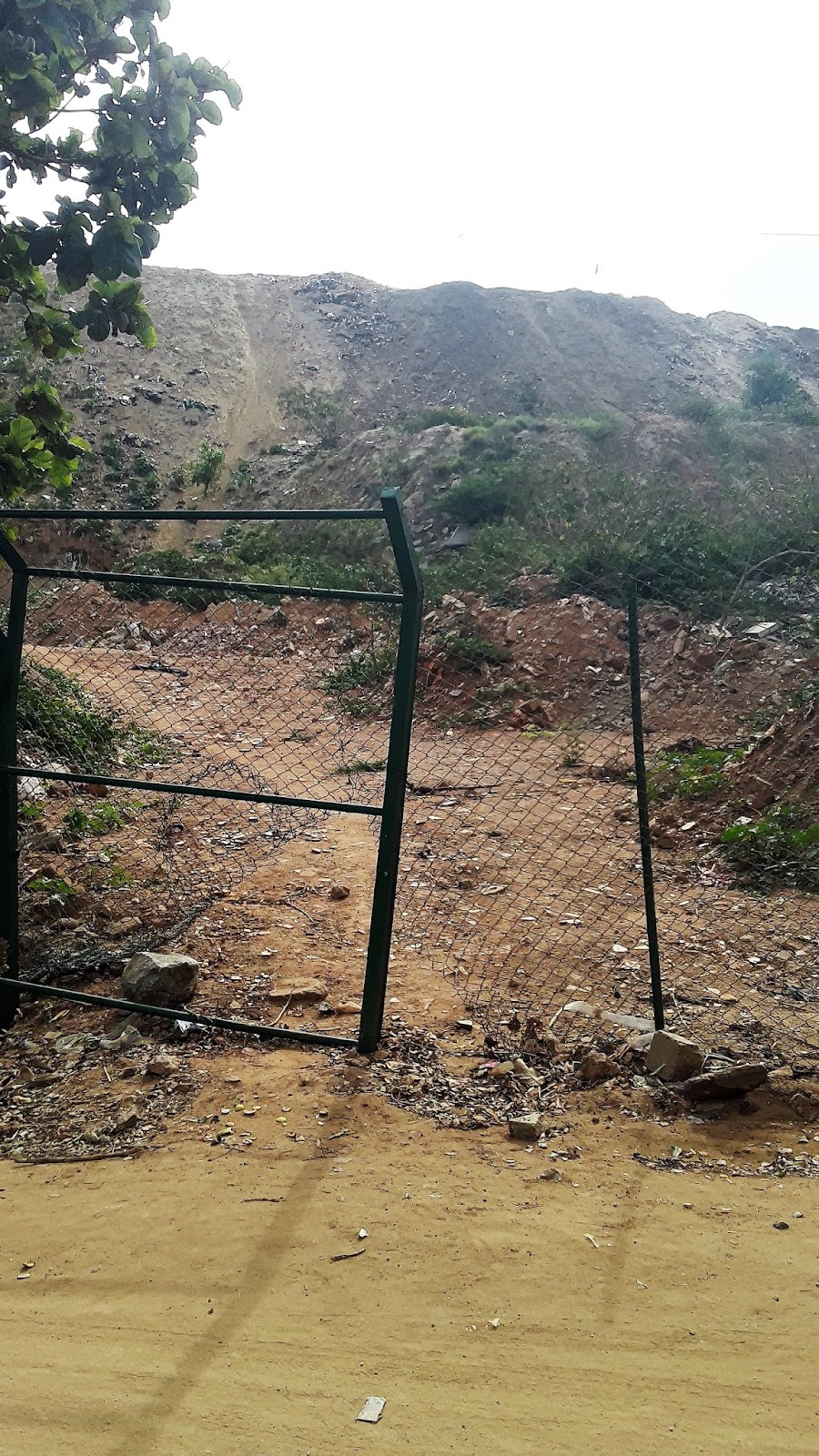 There are three gates into the lake: one in the east, one in the west, and one in the south. At the time of our visit, there was no security present and the lake was open all day. There were no toilets or other amenities. There was a small place for idol worship along the southwestern edge of the lake (POI 1: Idol Worship). 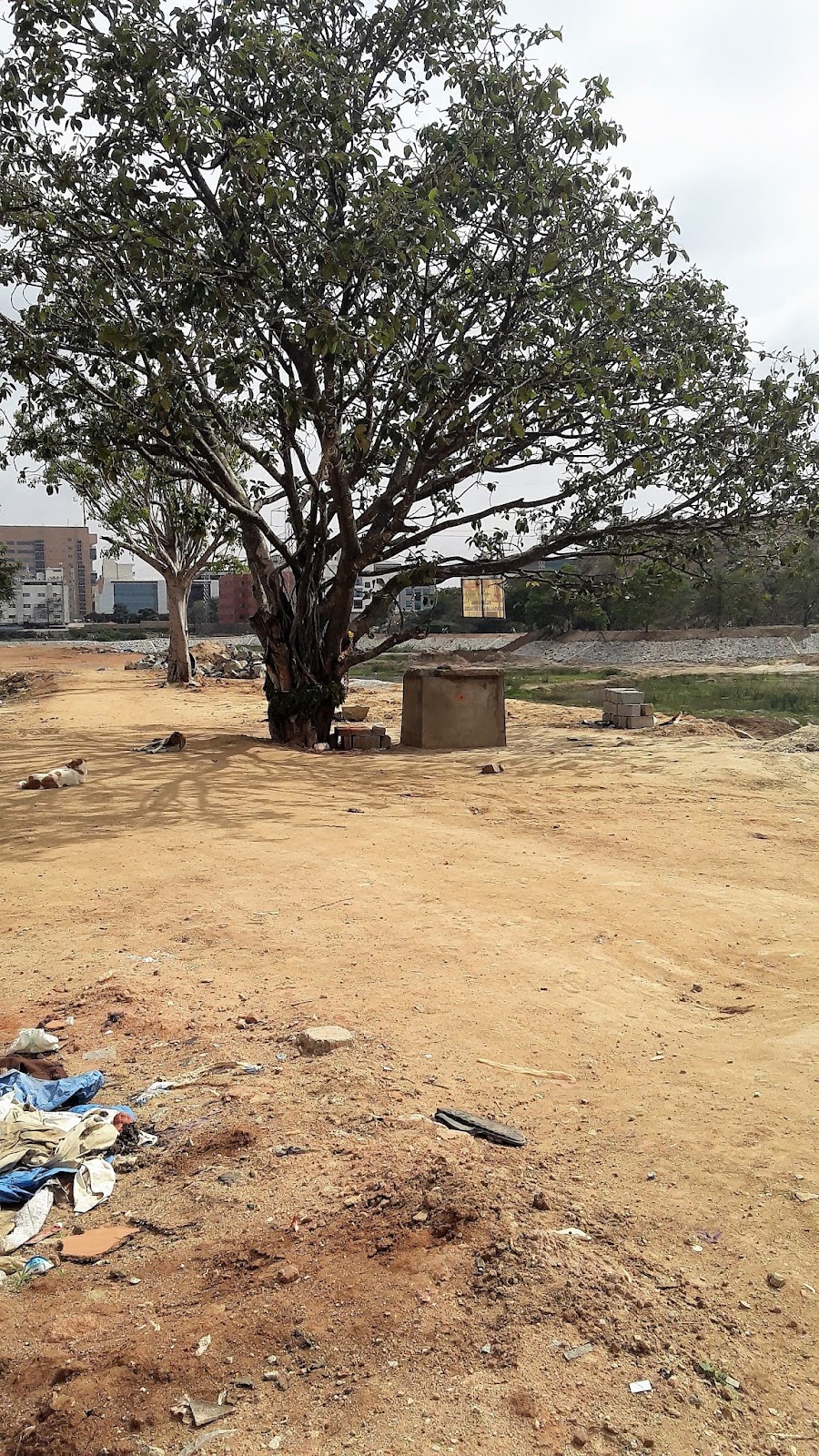 Along the northwestern and north sides of the lake was a cemetery within the fencing. There was also a small cemetery outside of the fencing to the southeast of the lake. There was at least one borewell near STP 1 and an HDPE storage tank. 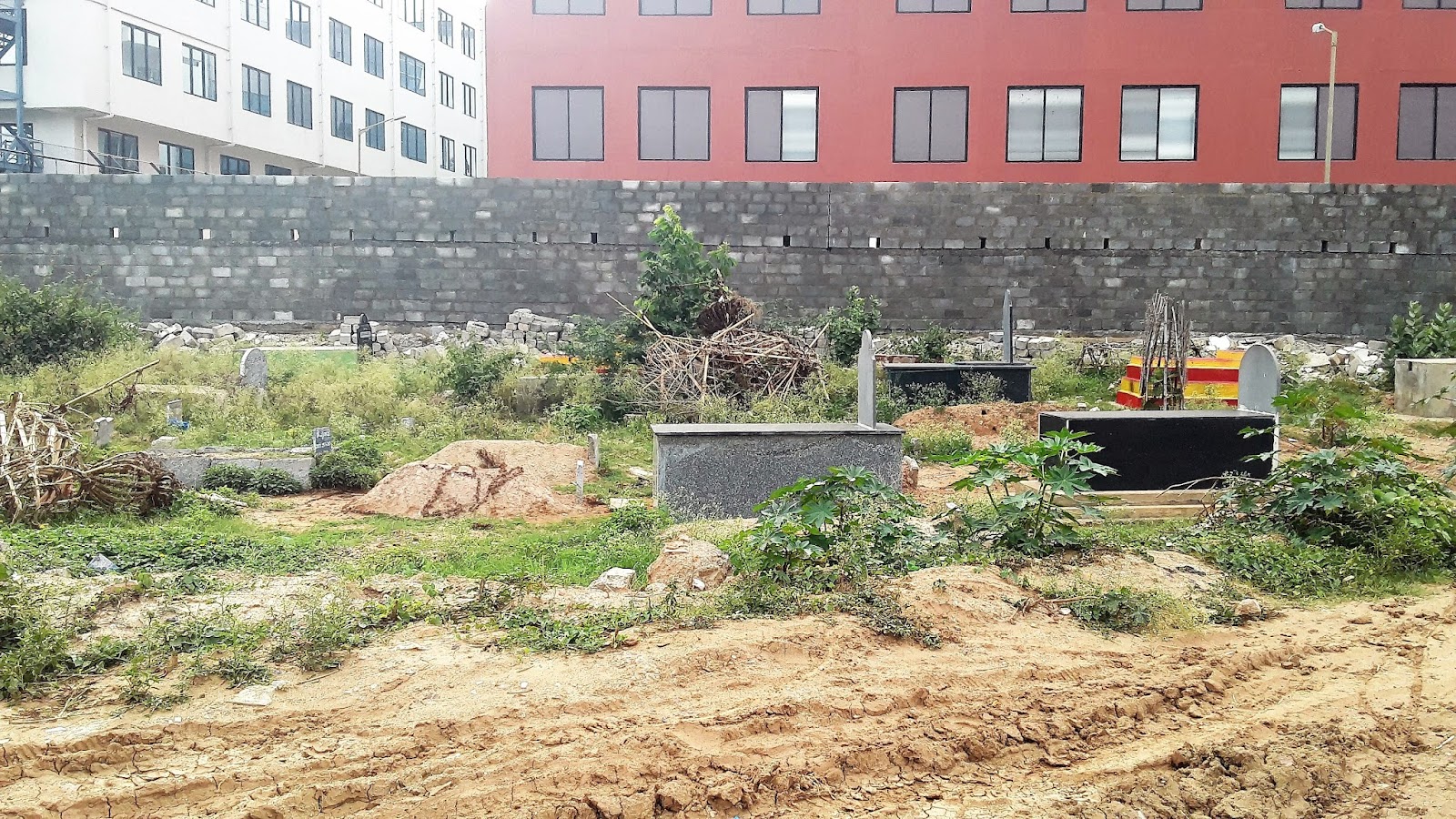 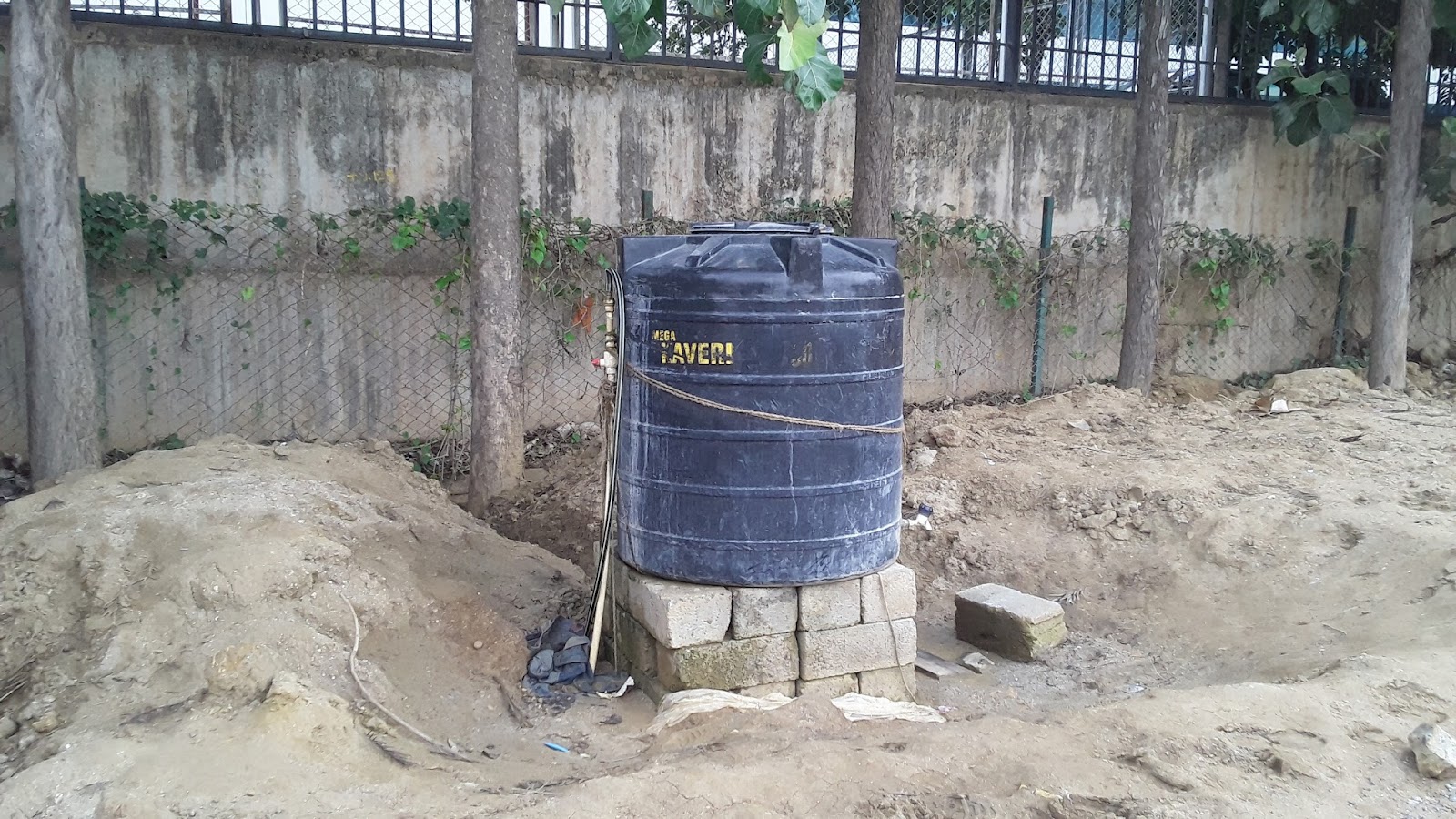 
The outlet from the lake is an overflow system under a bridge in the SW corner of the lake. 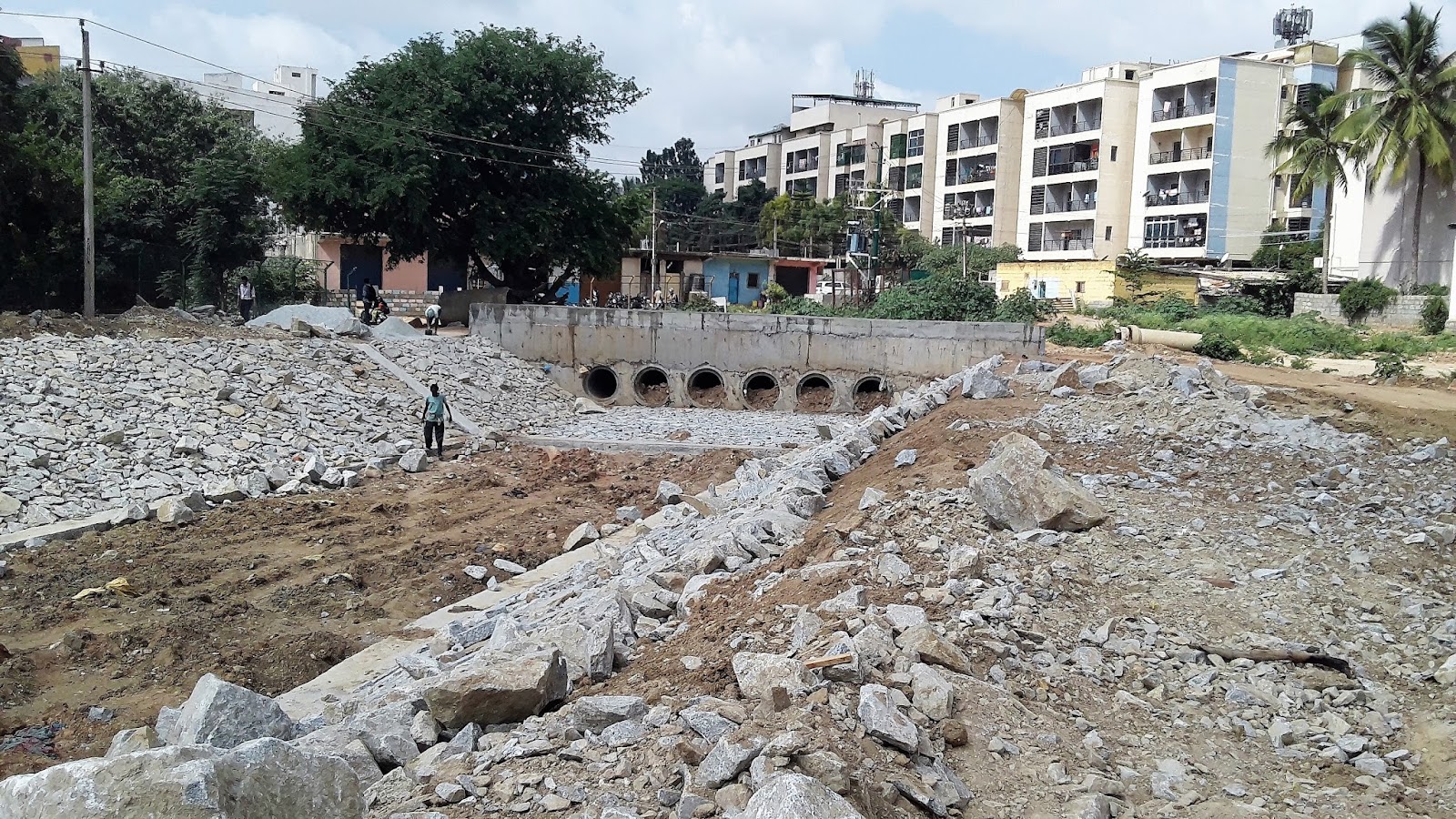 
In the north of the lake, between Naala 1 and the bund, there was significant buildup of algae on the surface.


The STPs
There are two natural STPs, STP 1 and STP 2, in Kundalahalli lake. Each is a combination of ABR (Anaerobic Baffled Reactor), PGF (Planted Gravel Filter) and PP (Polishing Pond). STP 1 with a capacity of 280 KLD was commissioned in 2016 for about 1.2 crores and is in use1. STP 2  with a capacity of 500 KLD is not fully functional. This is because only the ABR of STP 2 has been commissioned and the PGF and PP is still under construction. 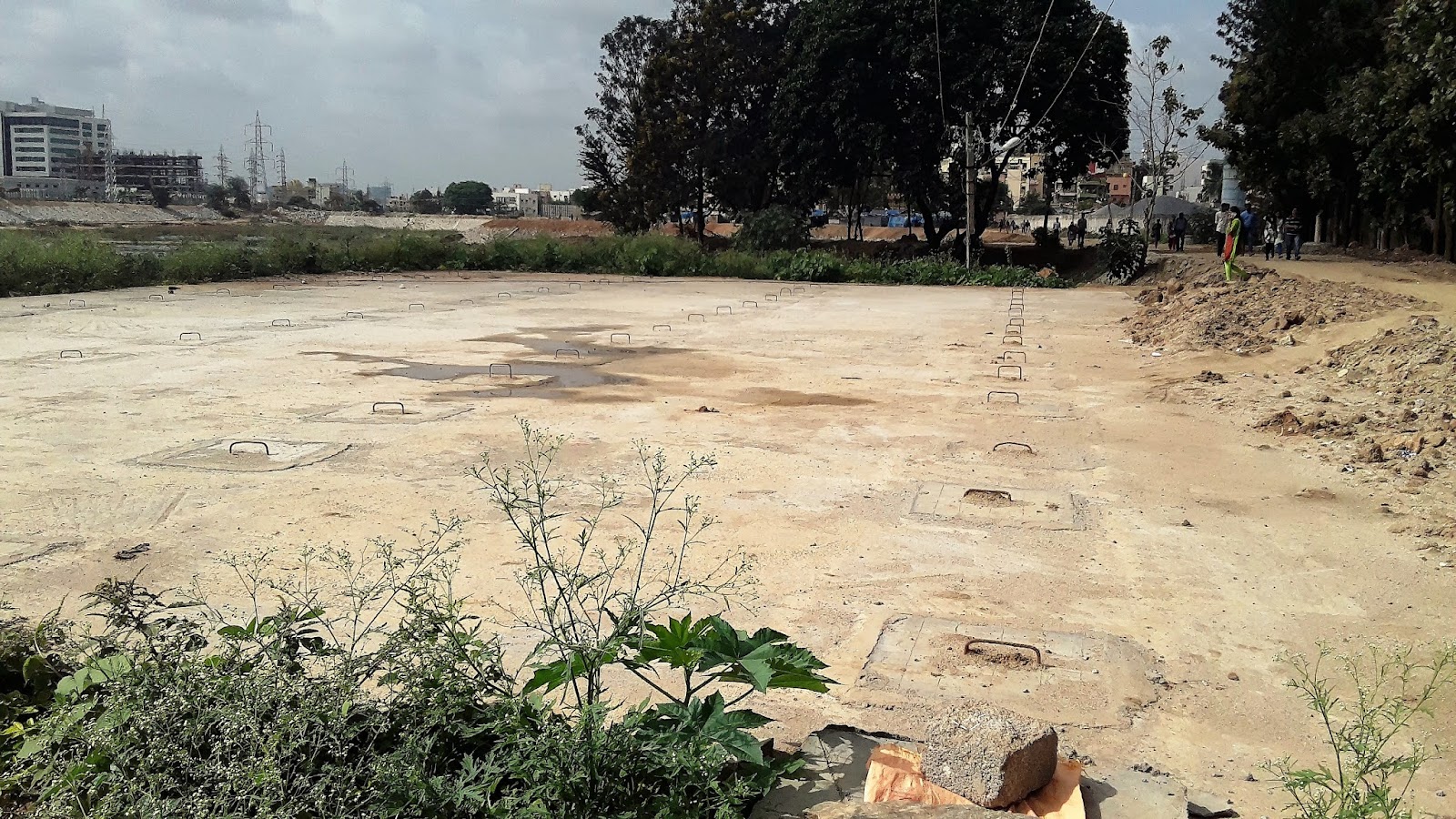 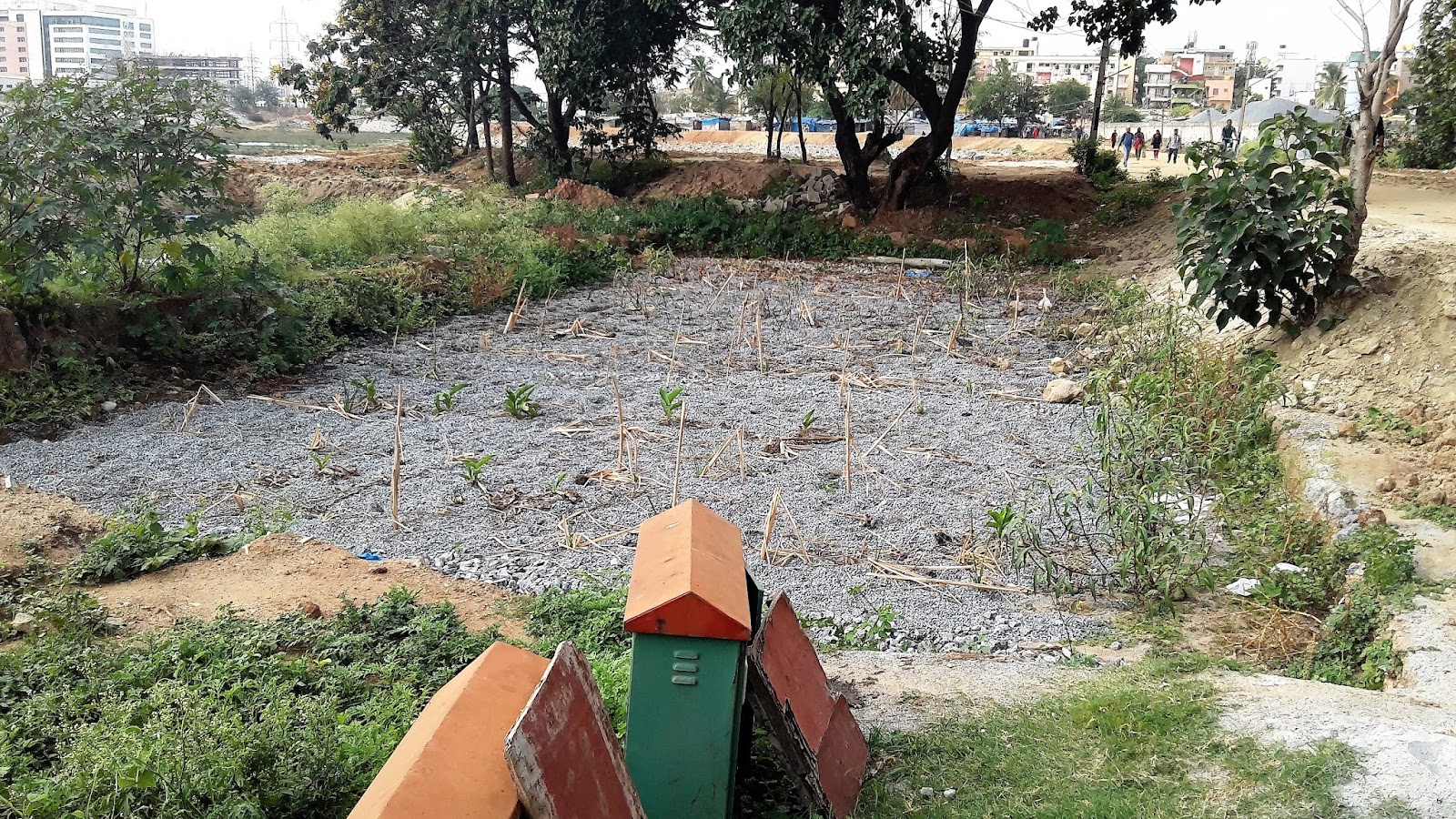 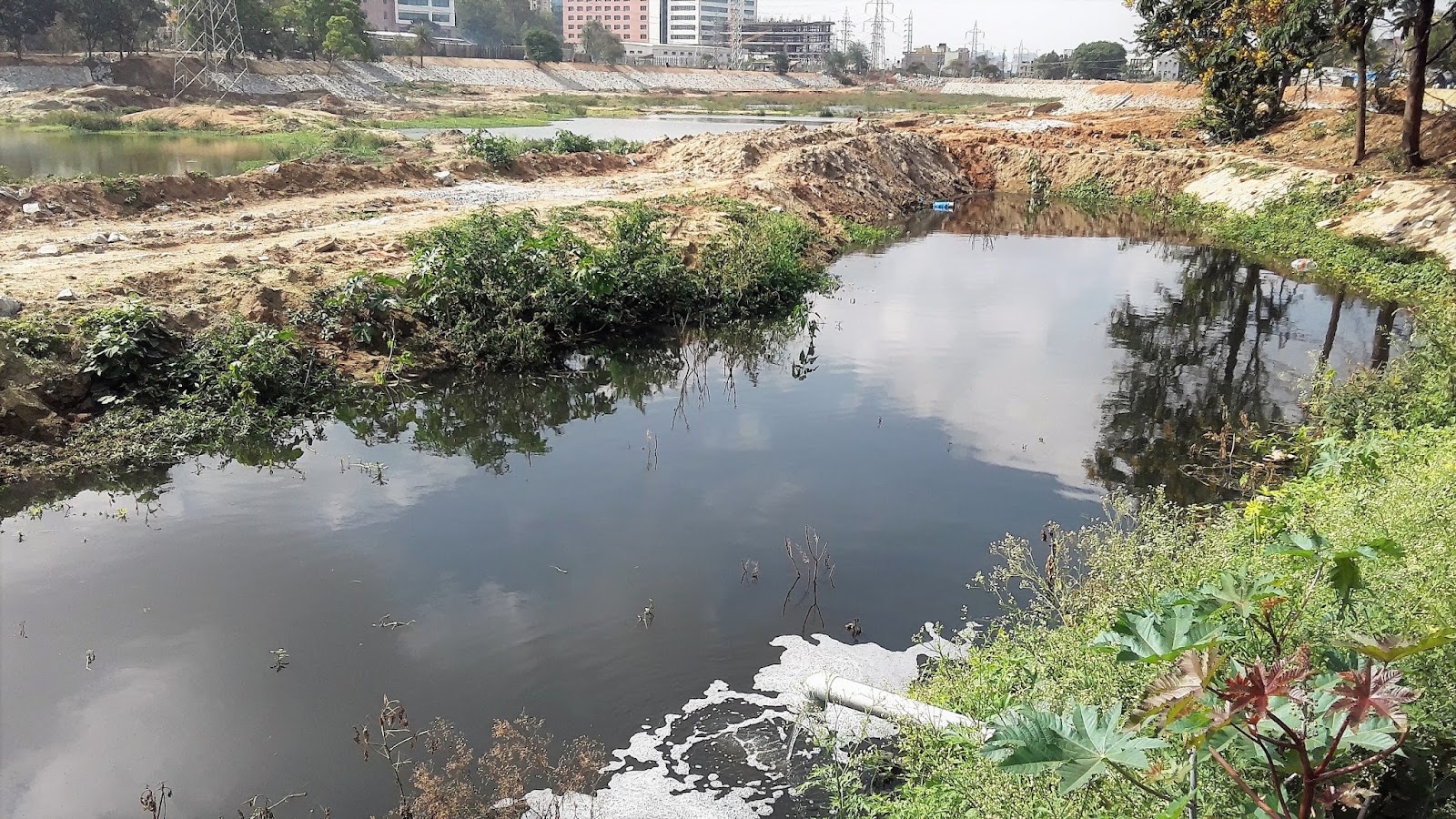 STP 1 Polishing Pond. Inlet in foreground and outlet into lake in background.


Sewage enters STP 2 from the residential buildings which are to the north and west of the STP. The treated water is piped to the diversion drain near the southern gate. The diversion drain flows south out of the lake property and downhill to the east. 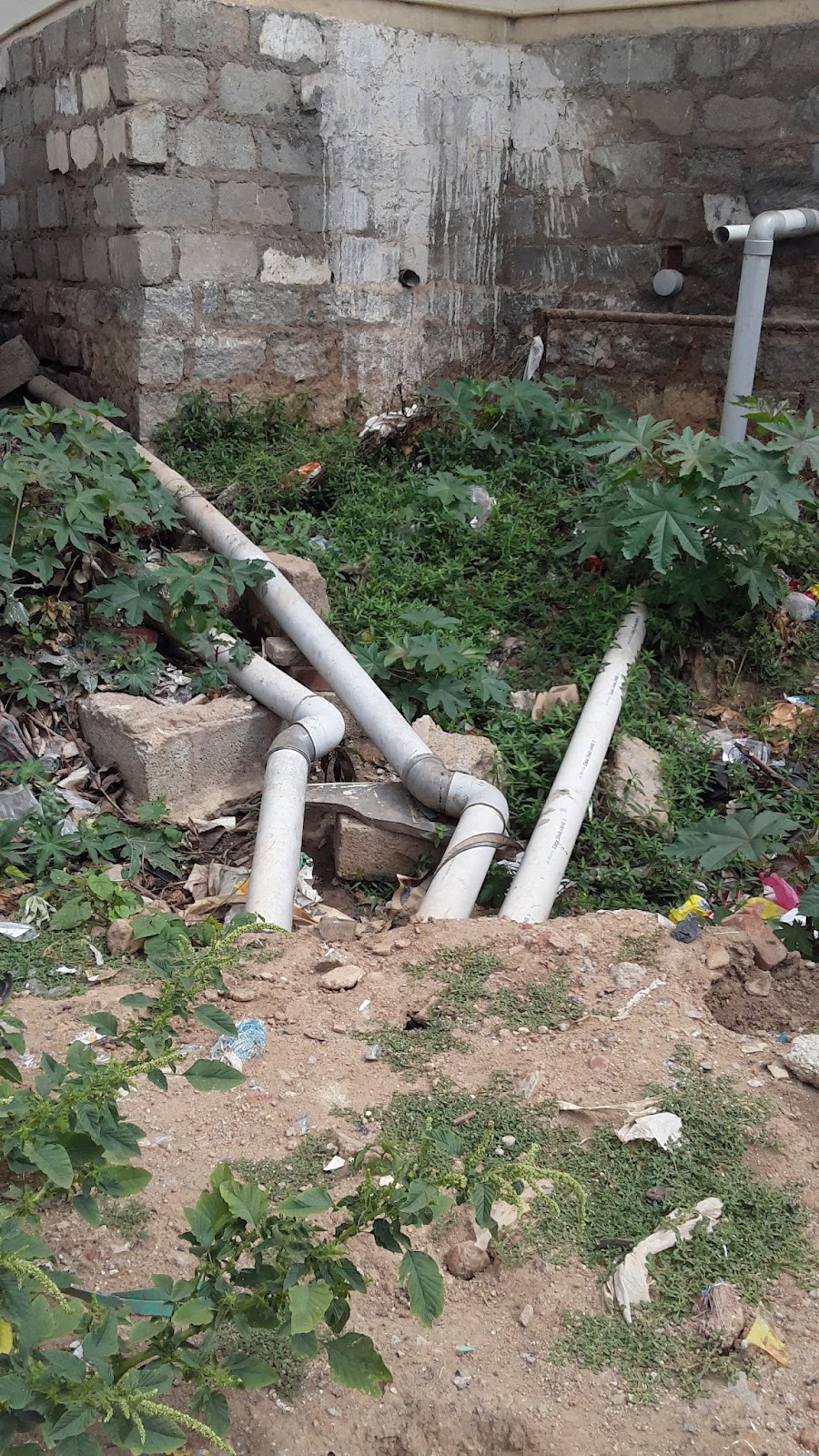 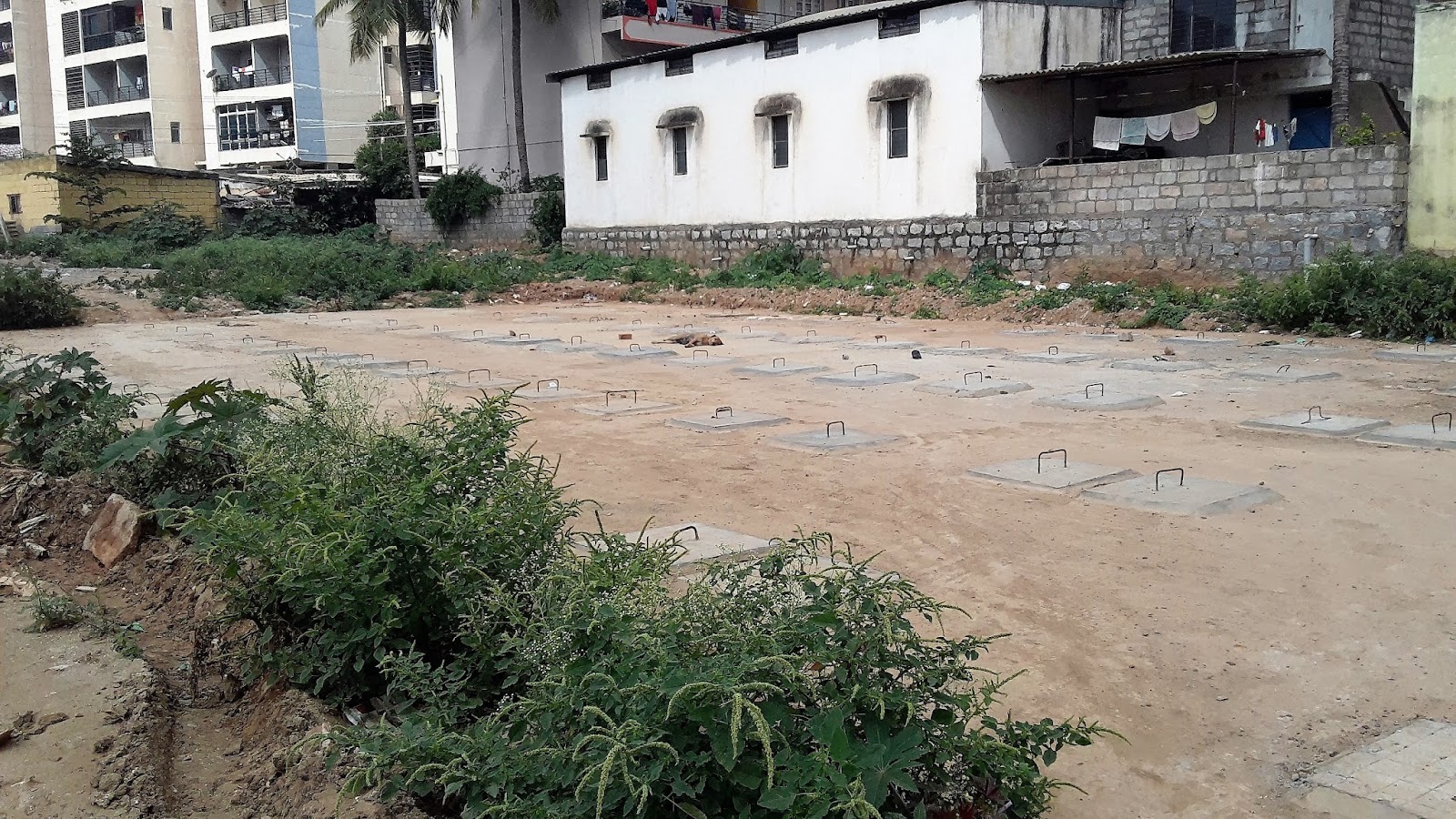 The Wetlands
There are no constructed wetlands but a variety of wetland plant growth throughout the lake is seen. There is no wetland even in the north side of the lake, the area bounded by a huge bund to which the sewage from Naala 1 can directly overflow on a flood event.