The Aquifer Mapping Study involves measuring the current water levels in the borewells being monitored. To do this, we make use of a water level sensor. This equipment has a tape marked in feet and meters and wound around a metal spool. One end is connected to a circuit and the other end to a probe. When the tape is lowered into the borewell and the probe hits water, the circuit is complete and sets off a buzzer and/ or a light. The whole equipment is powered by either a 12v battery or a couple of 1.5v cells. Due to issues like the tape and/ or the probe getting stuck in the borehole, we have had to abandon/ replace these equipments over a period of time.

Currently, we are using our third different equipment. ACWADAM helped procure our first equipment from a local vendor in Pune. This had a total depth of 150 meters and tipped the scales at around 6 kgs. It served us for a while before getting stuck with around 80 meters of tape inside a borewell. 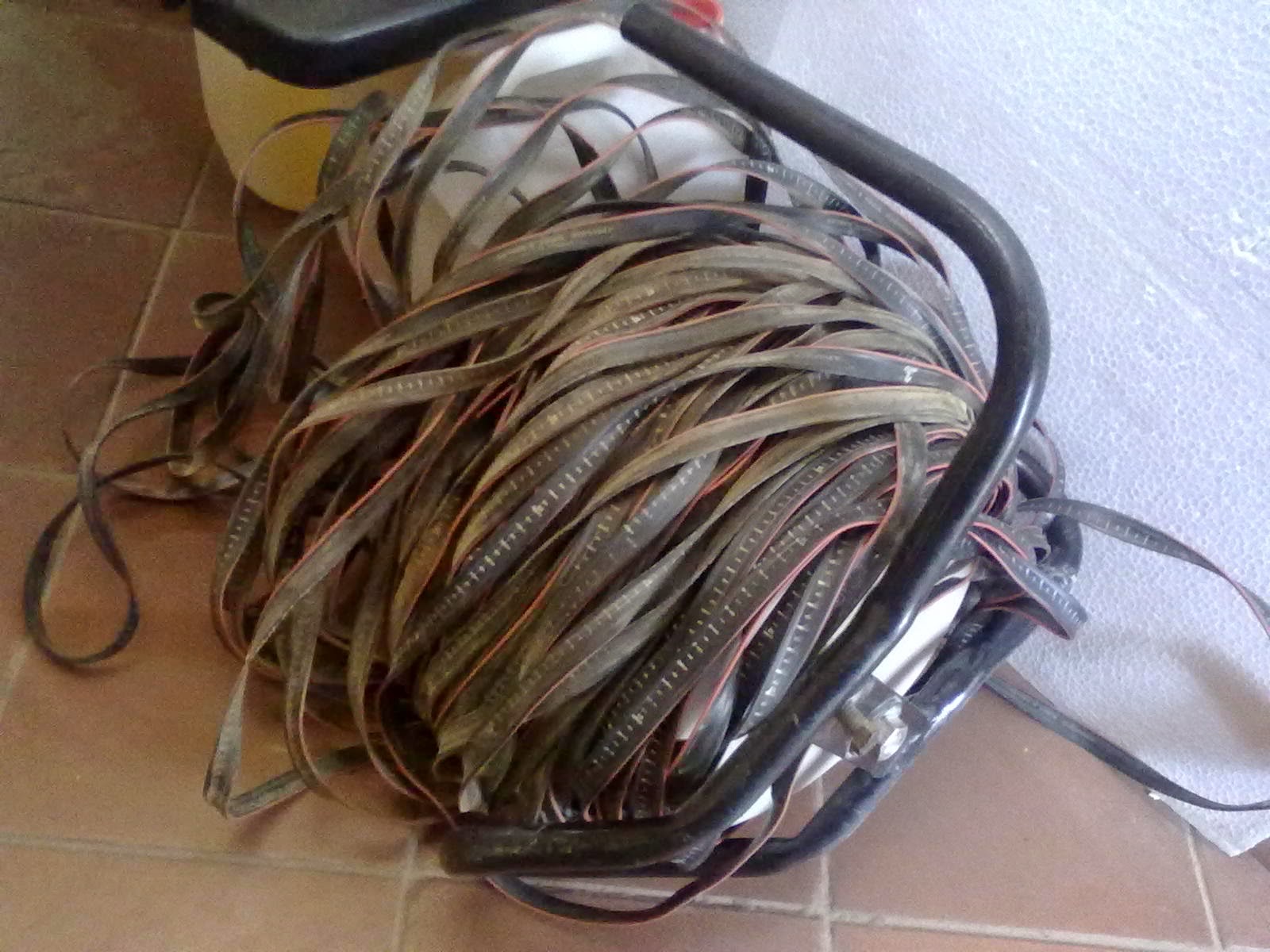 The second equipment was bought from Mr. Anil Gangisetti (Sri Laxmi Sai Scientific Services - Hyderabad). It developed issues on the first day of use. Problems were zeroed down to a drained battery and a defective probe. 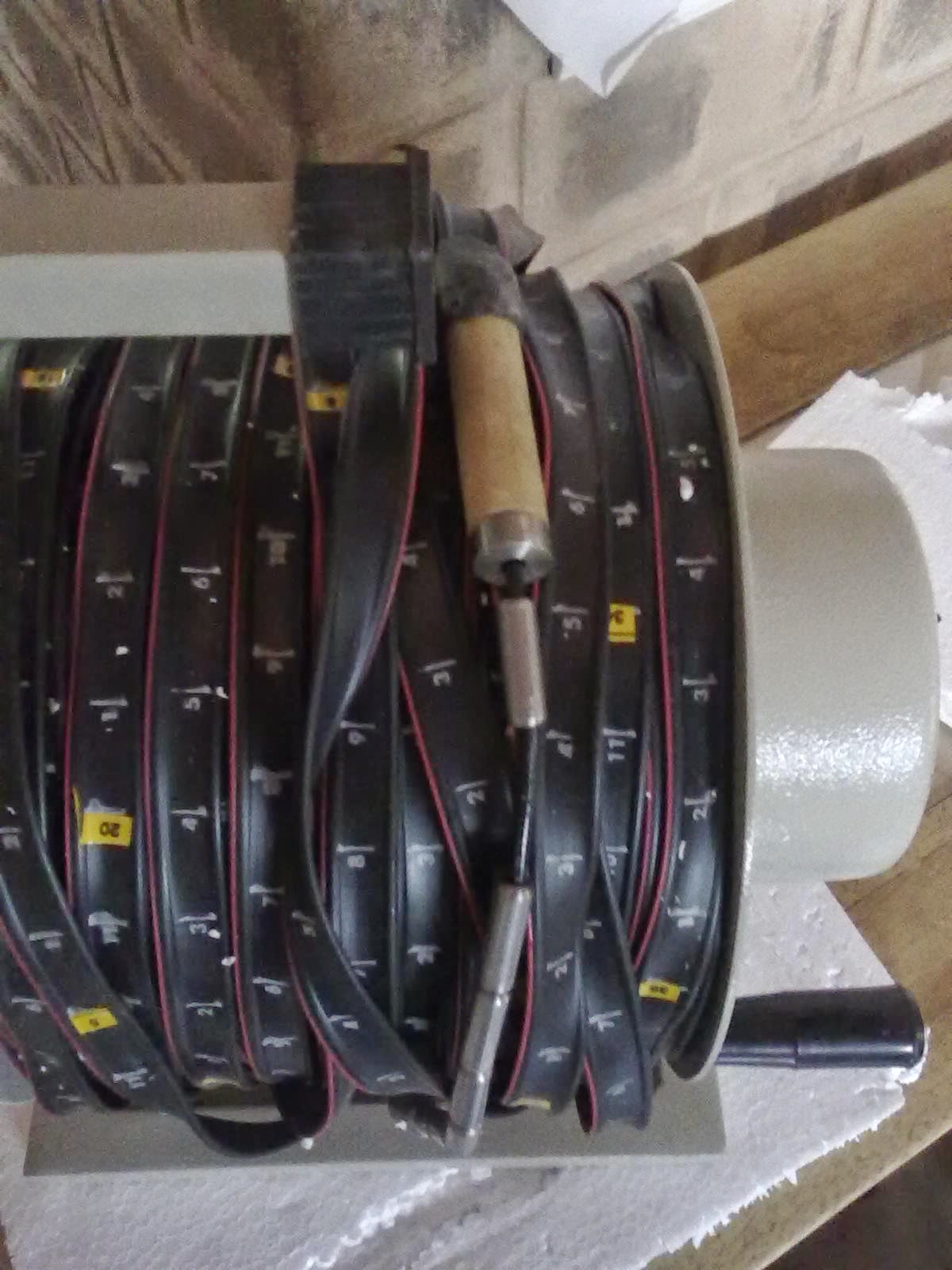 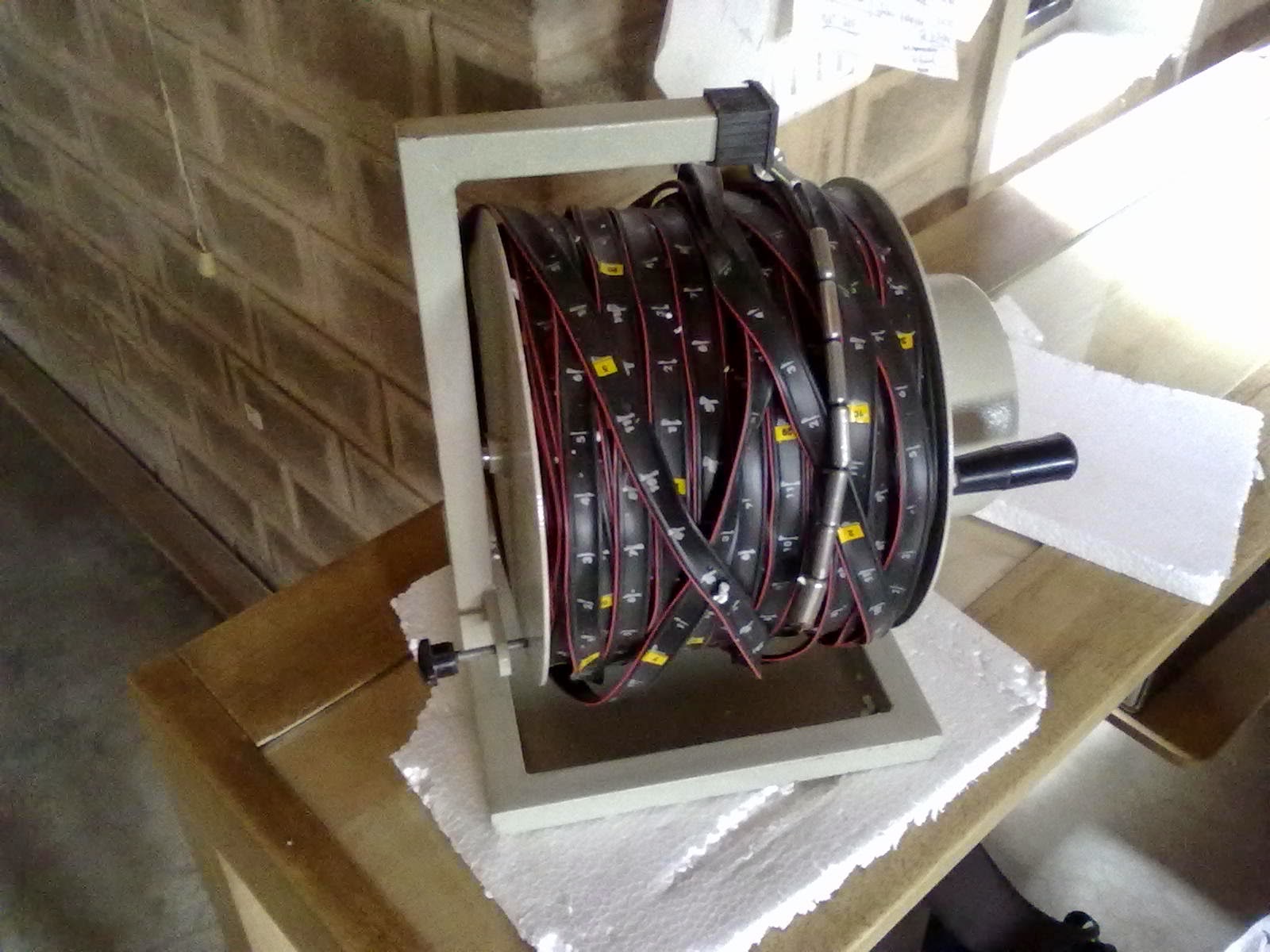 While awaiting a replacement probe, we procured another one from ATREE where Ms. Apoorva has developed a low cost sensor. While the previous equipments had a submersible probe, this one featured a float based probe and it is immune to intermediate streams of water in the borehole. As the float probe was a tad thicker in diameter than the probes in the previous  equipments, we had issues in inserting the sensor in some borewells having a smaller hole in the borewell top metal cap. This was much lighter than the previous two equipments (~3.5 kgs) and the spool was big enough to have the cable intact unlike the previous equipments in which if the tape was not wound tightly enough, it would start coming out of the spool frame.

The float probe got stuck in one of the borewells but we could retrieve most of the tape except for the final 10 ft. 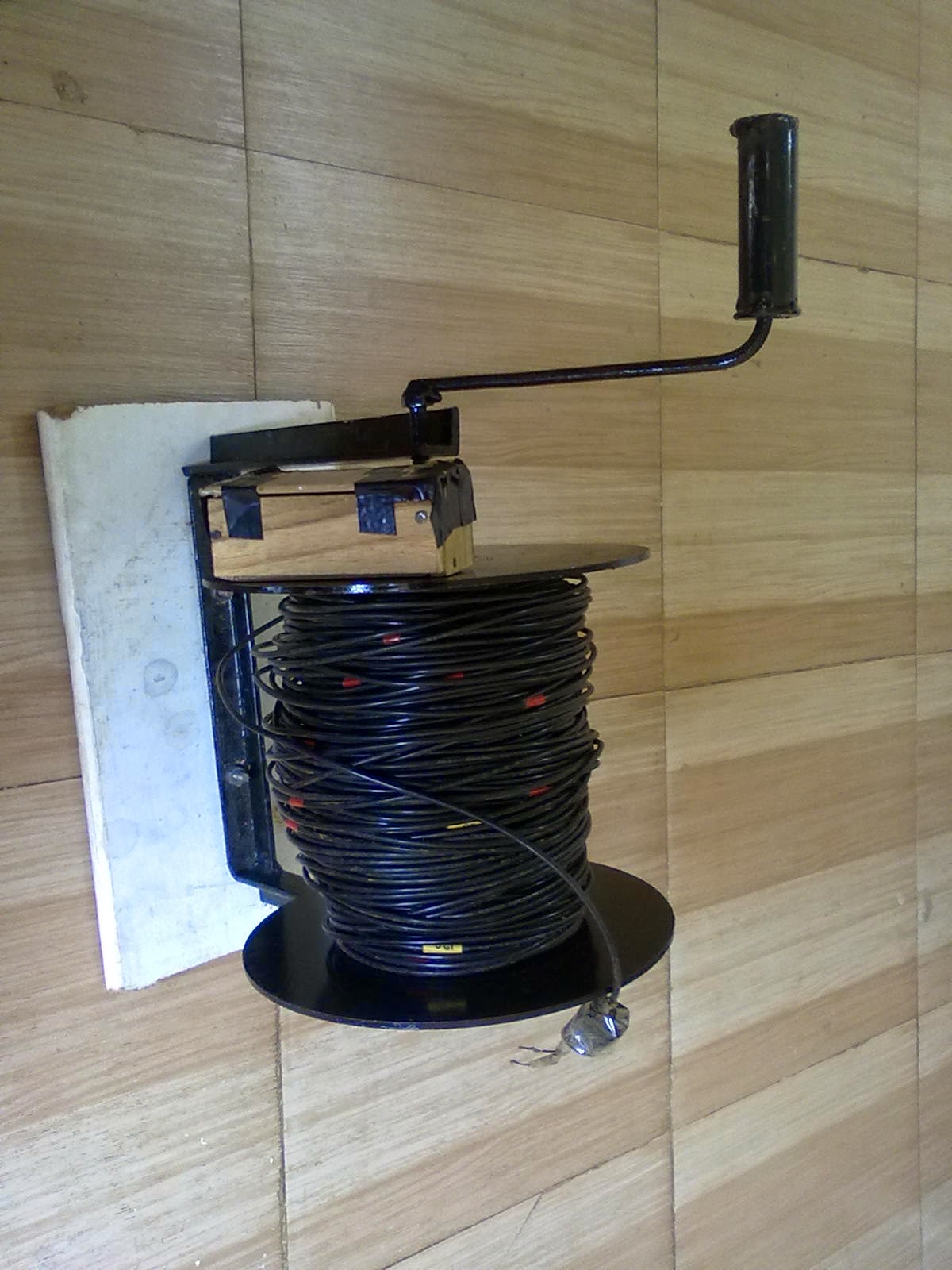 Probably non electro-mechanical ones are required. There are sonic ones available, we should check with few larger labs if they do have one and test it out before procuring.
This one has a list of some: http://www.globalw.com/catalog_level.html

The sonic ones are
1) Quite expensive
2) Have limitations in operation viz. are more suitable for larger dia wells. In smaller dia wells, there is the potential of getting reflected back from the casing wall or any other obstructions.
The electro mechanical ones are used by other organizations viz. CGWB, ATREE, ACWADAM. But yeah, there is lots of room for improvement and research on the same.

This is really a wonderful blog for some great information. I have been searching for a long time for this types of content. Keep up posting more and thanks for your great staff.
Battery Operated Ultrasonic Level Sensor

Thanks, You wrote awesome, I have learn lots of things from your article. Its really helpful for any readers.
Battery Operated Flow Meter

Good content, I trust this is a good weblog about Wish to see refreshing content material next time. Thanks for sharing this publish with us.Battery Operated Ultrasonic Level Sensor

Thanks, You wrote awesome, I have learn lots of things from your article. It's really helpful for any readers.
Battery Operated Flow Meter

Hi ,Nice we make utilization of a water level sensor.This gear has a tape set apart in feet and meters and twisted around a metal spool. One end is associated with a circuit and the flip side to a test.see more:-www.instronline.com

Very nice!! This type of level sensor comes with many advantages like it is very simple, highly accurate, and best suitable for various products.
I like it very much.

Measurement instrument society of America is growing so fast with vast range of products, I recently started using Liquid Liquid Level Transmitters for my new plant. Thanks for sharing an effective and informative blog.

This kind of informative blogs must be write & share time to time. It spread awareness for people who don't know about instruments at all plus it help those as well who are already a part of this industry to know more & more about new advancement in technologies.

Great post.Thanks for sharing this article with us.keep posting!!!
Surveillance Cameras in chennai

This is very well written post, my compliments
You are doing a good job adding new material to the discussion.

Thanks for sharing this Article and here is some information about Intermittent water meters.

Are you looking for a level sensor. You will find various types of Chemical level sensor in market, where some of them are cheap and some of them are too costly to buy and also you have to think about price. Icon process Control offering you the best quality Chemical Level Sensor with an affordable price.

Nice to see this article , it’s so more informative Information. Thanks for sharing.
java training institute in chennai

Nice to see this article , it’s so more informative Information. Thanks for sharing.
java training institute in chennai

We offer TankPro series Submersible Level Sensor which is designed for continuous level measurement of water media diameter making it ideal for level monitoring in well and borehole applications. Manufactured for years of trouble free service, the sensor has a welded 316 SS body and 316 SS nose cap. Body top is also 316 SS and tapered to prevent damage or snares when pulling the unit out of the installation.

Nice to see this article.
Load testing companies in UAE