Rohu is a common freshwater fish that belongs to the carp family. It is a native species of India and is found all over South Asia. The usual harvestable size of rohu is 1-1.5kg and is achieved within 12-18 months. This type of fish feeds from the middle level of the water. It is an extremely popular carp species as it is highly consumed. As it is the preferred fish for consumption it has made its way to become the most important cultivated fish in India. The market price for Rohu varies between Rs.120 to Rs.160 per kg. 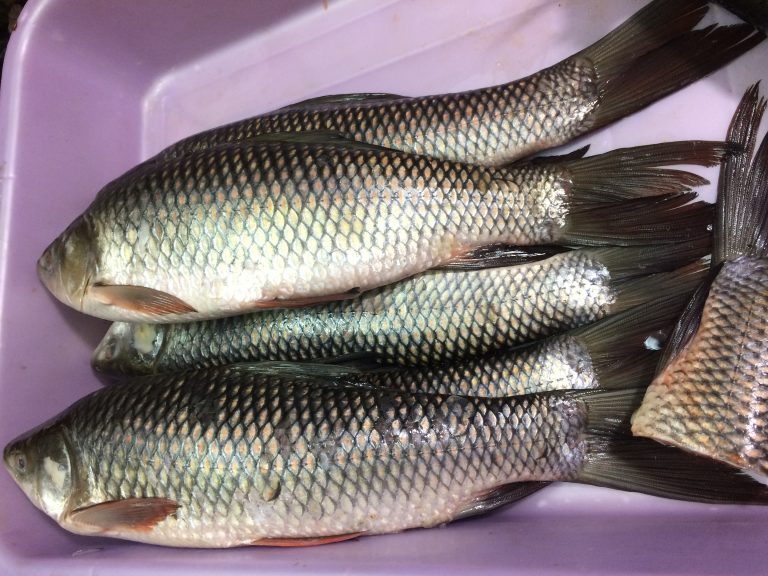 Mrigal also known as Bngari in Kannada, is another important native carp fish species found in India. Like the Rohu, Mrigal is also widely aquafarmed. This is due to its rapid growth rate. Mrigal can weigh upto 2kgs and grow upto 60 cm within two years.  It mostly dwells at the bottom of the water. The Cauvery river is one of the few places the Mrigal can be found in the wild. The market price for this fish ranges between Rs.150- Rs.200 per kg. 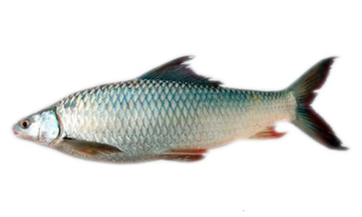 
Tilapia is also known as Jilebi in Kannada. It is native to Africa and the Middle East was illegally introduced in India. It is highly adaptable to a wide range of conditions and is known for its prolific breeding. However, it is an important species for aquaculture as there is high demand for this species. Tilapia can live longer than 10 years and can reach a weight of 5 kgs. It is sold for approximately Rs 140-160. 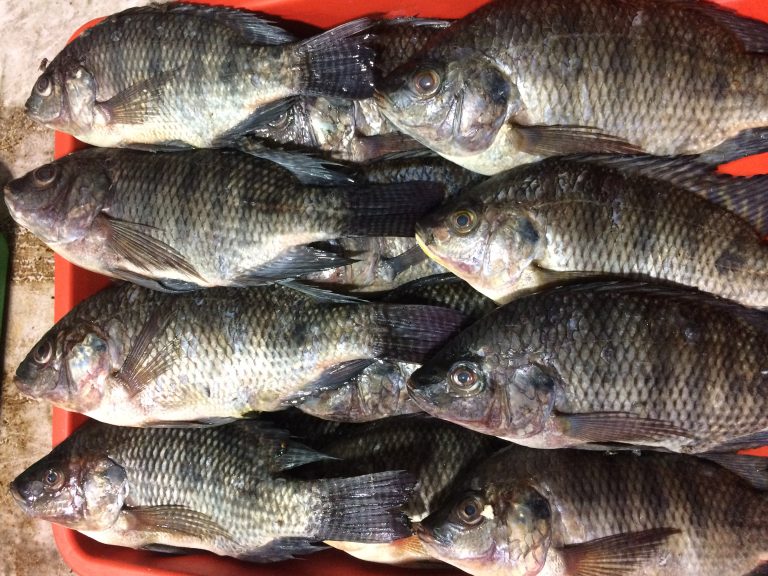 Catla is also known as Dodda Gende in Kannada is another important carp species in the Indian peninsula. It is mainly found in rivers and lakes in Northern India. It lives in the upper reaches of the water. The price ranges from Rs 150-200per kg. 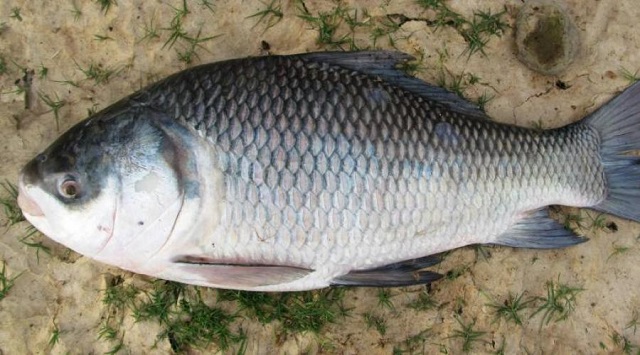