We started from Bangalore towards Bagepalli Taluk, this time to understand the Sachetana program. The program was proposed to ensure safe water availability for Fluorosis affected population. This program was initiated in the year 2006, where project beneficiaries are provided with financial support to implement Rainwater Harvesting (RWH) system.

Bagepalli Taluk was one of the project areas which has high concentration of Fluoride in water. Groundwater being the major source of Drinking and cooking water for people, they are at higher risk to Fluorosis. Hence as a response to this drinking water crisis based on the groundwater contamination, this project was implemented in some parts of the Taluk. Rainwater is the purest and source of all water on earth. By harvesting this water, a family can supplement its needs for drinking and cooking.

We met Mr. Ramesh, Field Coordinator with the Rural Water Supply department and his colleague Hanumantha and started out to field. We initially visited a Government High School of Achepalli Village. We could see the presence of connecting pipes, a big tank indicating the presence of Rainwater harvesting structures. However, the pipes were broken, tank was not in use, the entire system defunct. 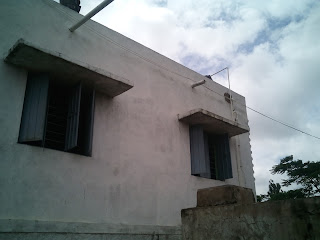 Then we headed inside the village, to find Venkatanarsamma, who stopped her daily chores to narrate us her story about safe drinking water through RWH for years now. She used to suffer from lot of joint pains earlier and drinking rainwater has brought her relief from the pain and has positive impact on her health. She manages to give some documents about the Sachetana program and details about the tank size, amount of rainwater to be collected, costing of the structure. She talks about how she manages to clean the roof just before the rain arrives, managing to let out the first 10 min rain and then diverting the rainwater through cloth into the filter, which eventually leads to the underground sump. 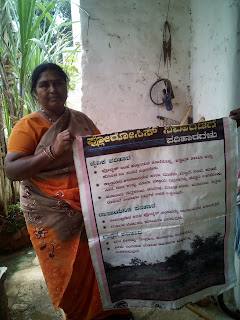 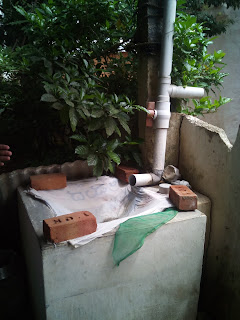 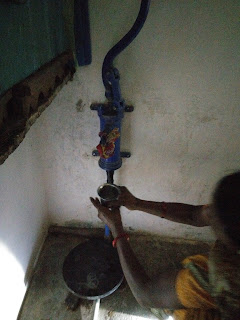 She is convinced about the benefits of drinking rainwater who along with her neighbor in the front undertook RWH. The fluoride concentration from the nearby bore well was 2.0 ppm tested from Caddisfly, while rainwater the fluoride concentration from both these houses were 0.1 and 0.01 ppm respectively. But she seems unhappy with some who managed to get the system defunct after initial years where only 4 systems were working out of 10 systems installed.
Alternate supply sources like RO filter water and even borewell water have been taken up by the community as they have reliable and convenient supply
.
Next we visited, the Mittemari Primary School, the Prinicipal Srinivas, says the borewell water is used for drinking and cooking. Using Caddisfly, the Fluoride concentration of this source (400 ft) was 0.9 ppm. We decided to see students and check for any cases of Fluorosis. We found few cases of Dental Fluorosis, both Boys and Girls as shown below. 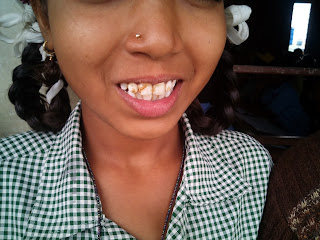 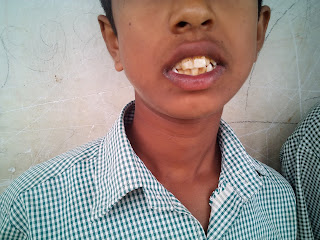 We tested the filter water from nearby RO plant. The fluoride concentration was 0.61 ppm. We also spoke to the High school teachers, they said that they use RO water for drinking and cooking. But the principal said that there are cases of Dental Fluorosis in their school. As part of their mid-day meal scheme, the school provides the children with Rava balls and Dal with four vegetables (tomatoes, potatoes, gourd, and radish) in it. The schools teachers have been requesting to provide them a list of vegetables that can be used in the mid-day meals to improve nutrition. 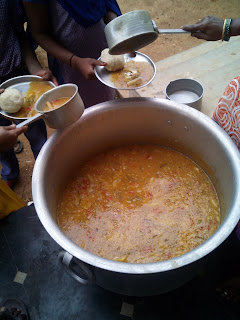 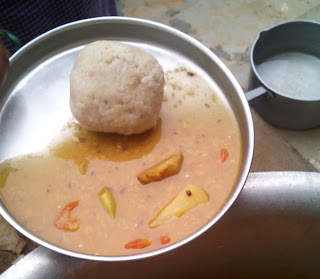 After that we met a PHC doctor at Mittemari Division, Dr Harish and asked him about the condition of Fluorosis in the region. He said in most cases, it is dental fluorosis and report of muscular and joint pain etc. Skeletal Fluorosis cases very low in number. He wasn’t sure of the exact numbers of the Fluorosis patients in the region. He usually advises Vitamin- C tablets and Painkillers but due lack of supply of medicines, there is shortage of these tablets.

Later we visited Kanagamakapalli High School and met Mr Hussain, who is a physical education Teacher. This school has a borewell, which is a source of both drinking and cooking water for the children. There is presence of the Survana Jala Scheme, under which only the underground sump remains. It is used now as storage for borewell water. The fluoride concentration was found to be 1.7 ppm. The access to safe water has become difficult as the RO filter plant for the village has gone defunct. After a scan with the students there, we found few cases of dental Fluorosis. It is this village and more importantly the school, which needs help in form of providing safe water. Maybe rainwater harvesting or RO plant or both. 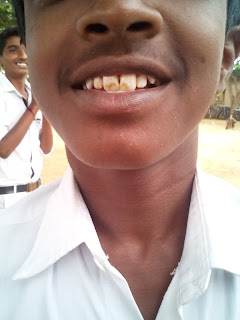 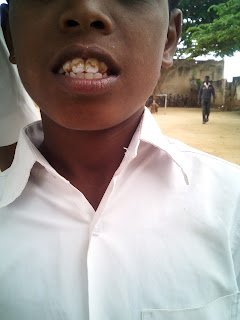 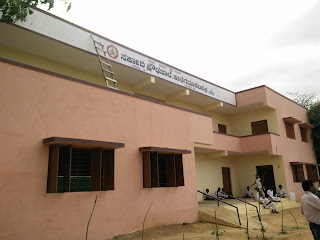 After this school, we went to meet Mr Pawan, who is the divisional Manager of Swasti Organisation. He discussed the working of the organization especially on the health aspect of the people. Initially they started with work on HIV-AIDS awareness. However, he mentioned that safe water has now become one of the core areas of their work, given the Fluorosis is a major issue due to groundwater contamination. They have helped established nearly 8 RO plants with funding from different donors. However, the reach of these plants is an issue and hence they are planning to increase the reach by establishing kiosk system. Mr Pawan seemed interested working with the network on ways to increase access to safe water.

There are many ideas like Nutrition gardens, repairing the existing RWH systems and installing new ones in needy areas, nutritional list for schools etc,  to begin the work towards Fluorosis mitigation in Bagepalli taluk.