Talking About Water With University of Washington Students

Bright and somewhat early on Thursday morning I arrived at Kaikondrahalli Lake where Shubha was to give a presentation to students from the University of Washington – Seattle (USA). Shubha and I, along with another Biome Trust volunteer, met approximately twenty students plus their five advisors – two from the US and three from Bangalore – to discuss all things water-related. The students are here in Bangalore as part of an immersive study abroad course which focuses on sustainable international development and design thinking. Their topics range from waste management to urban development to education to water security – all learned through visits with local organizations working in those sectors. 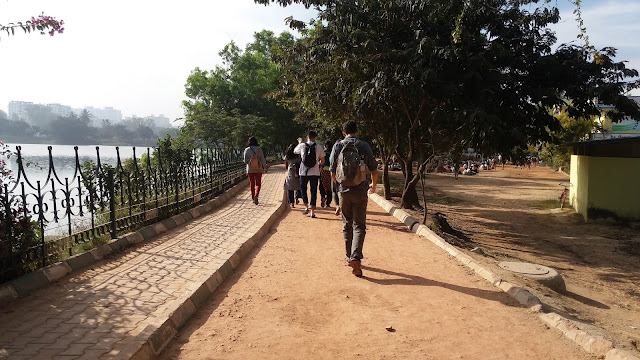 Once we were all situated at the amphitheater, the students were given a brief history of Bangalore and its water story – the source rivers, construction of tanks for dry season storage and flood reduction, pollution problems, rain distribution, etc. With that context, we moved onto the story of Biome and how it evolved into what it currently is. From the early days as Rainwater Club to Biome Environmental Pvt. Ltd. and Biome Environmental Trust and the various roles each group plays within the water sector. We walked around the lake a bit more during which time the students asked about the wetlands, our projects, and anything else that came to mind. 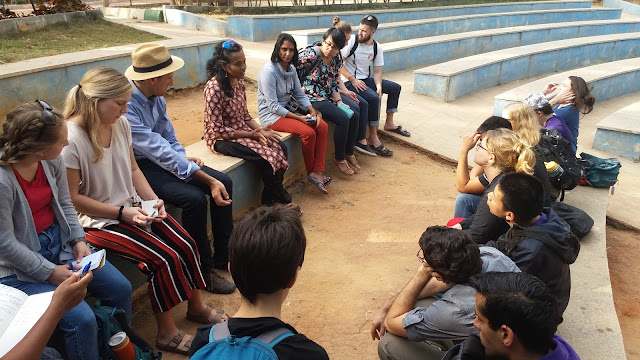 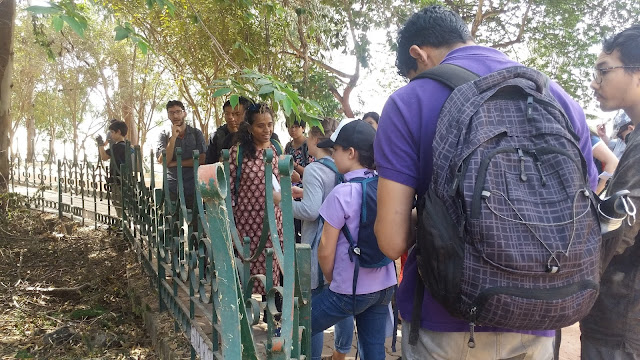 As someone who experienced the same visit during the second week of my stay in India, it was fun to go back and see it from the other perspective. I hadn’t realized just how much I had experienced and learned until I started answering some of the questions students had, though it also reminded me how complex these issues are and how much I have yet to learn.
Our next stop was a nearby school complex which included both government and non-government classrooms. Biome Trust had previously done some work at the school with another group of students from Washington to design and install a rainwater harvesting system. Following this project, the government became more active in providing for the school they finance. 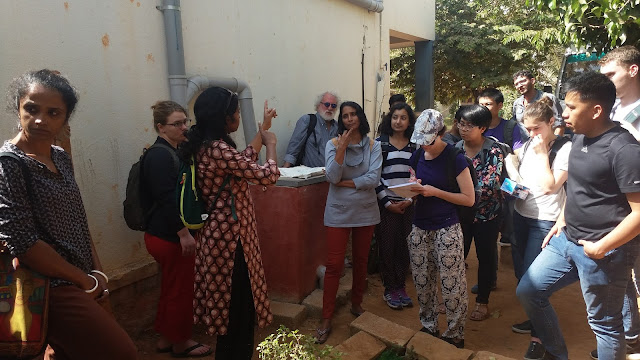 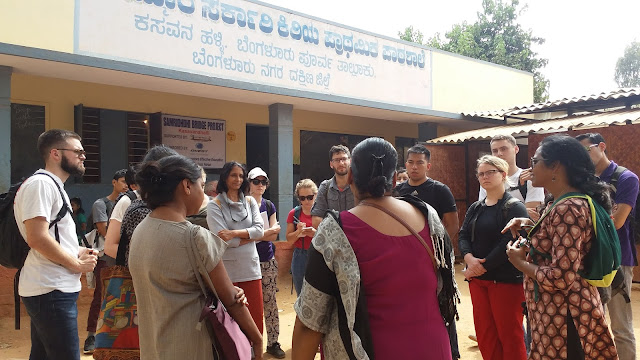 The last stop of the day was Rainbow Drive, a planned layout off Sarjapur Road. We sat in the clubhouse while I explained a bit about how the layout developed and addressed their water concerns. When the borewells started going dry, the layout began relying on more tankers to provide water. Because this was expensive and detrimental in the long-term, they began looking for alternatives. With help from Biome, a graduated tariff was decided upon and individual homes were charged for their use based on a meter in order to manage the demand. Almost every home also has rainwater harvesting for either storage/use or for recharge. Additionally, there are recharge wells throughout the layout – several small ones in the drains and about five larger ones. With the lower demand and increased shallow aquifer levels from recharge, the layout began to see cost savings. This cost savings was used to help finance a phytorid water treatment plant for the layout. 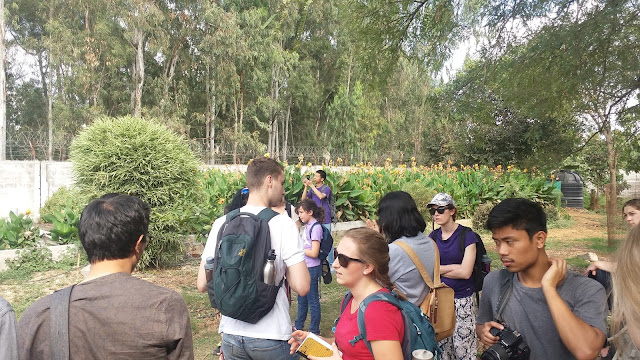 All of these practices were observed and discussed during a short tour of the site, with the students asking questions along the way. Rainbow Drive is now an example we use for those who are interested in water management and learning what actions they can take.
-Alana, Project Intern
Posted by Biome Trust at 12:23 AM