From the street, the house I visited looked like any other. I was greeted at the door and led up to the terrace where I met Clement Silva. At the time, Mr. Silva was in the middle of one of his daily rituals - watering his garden. In among his plants sat the object of my interest and what set this house apart from others: a home-made rain gauge. 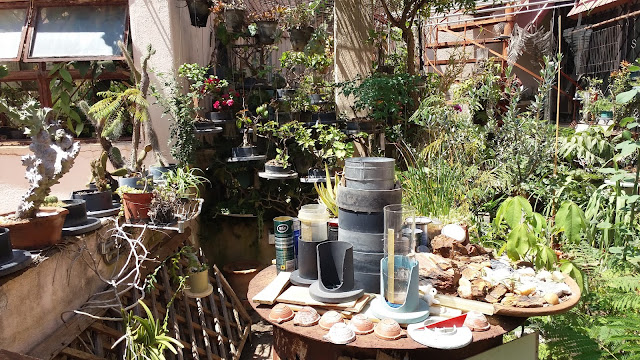 When asked, Mr. Silva explained that he noticed the rainfall recorded in the newspaper did not seem to match what he experienced at his home in Koramangala. To better understand the rainfall patterns in his neighbourhood, he did some research and decided to make his own rain gauge. After gathering the necessary parts – a funnel and large container – from a laboratory supply store opposite Christ University (details below) and having a glass graduated cylinder made, Silva had a complete rain gauge ready to go – and all for less than Rs. 350! 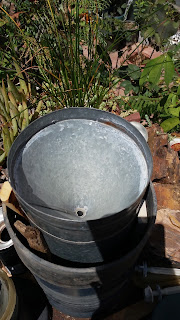 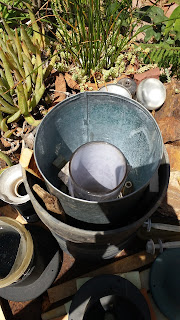 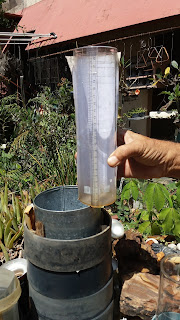 He has now been recording rainfall data on a daily basis since 2009. After taking the reading, he divides the amount by four to correct for the difference in diameters of the funnel and graduated cylinder. Any rainfall in excess of 58mm (the maximum amount the inside cylinder holds) is captured in the can and poured into another graduated cylinder before being added together for the total amount. This number is then written down on a sheet which Mr. Silva created specifically for rainfall data. At the end of the year, the data is saved to a computer and a new sheet is started.

Around three years ago, Silva also implemented RWH for recharge (contractor details below) following the BBMP mandate at a cost of about Rs. 20,000. At the same time, he decided to have small RWH structures installed to capture rooftop runoff. The structures are simple 6” PVC pipes used to encase a downtake pipe with a nozzle on the bottom. The captured water is used for the daily watering of ground-level plants which do not receive rainfall since they are shielded by the roof and building. 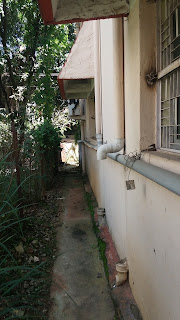 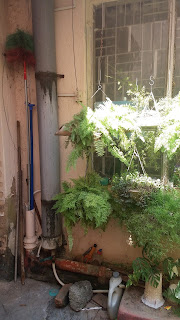 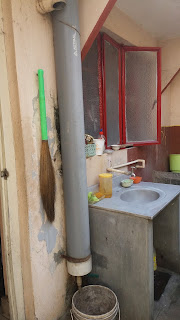 
Note: This implementation took place in 2009 - the contractor, components, and costs may vary/be unavailable at this point in time.