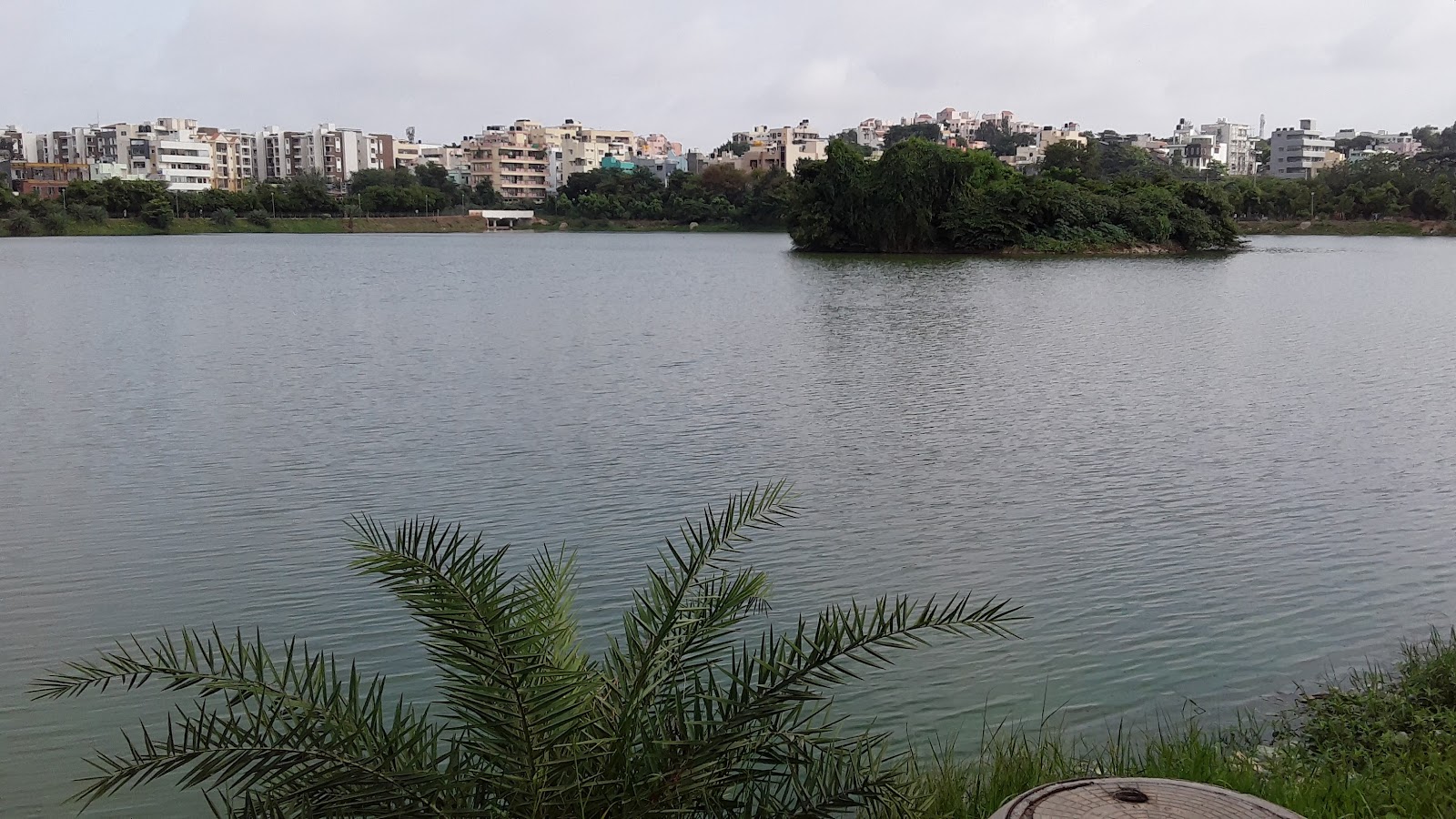 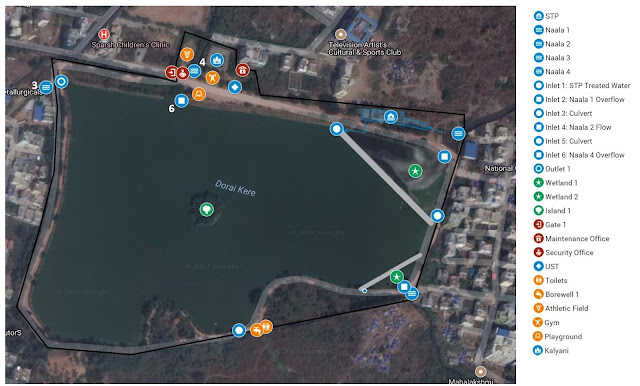 In 2010, the BBMP restored the lake for an estimated Rs. 5.5-8 crore which included a new conventional STP1. In late 2012 or early 2013, the lake was de-weeded to improve its quality at a cost of approximately Rs. 15 lakh1. There are 6 inlet points, some of which discharge into one of the two wetlands, and 1 outlet from the lake.
In the mornings and evenings, many local residents use the 1.3 km path and outdoor gym around the lake for walking, jogging, or other workouts. Due to the number of people visiting the lake, vendors will set up stalls outside of the entrance to sell fruit, juice, etc.

Six inlets where water would enter Dorekere Lake were identified and are summarized below.

The outlet from the lake is an overflow system under a bridge in the NW corner of the lake.

Around the edges of the lake, a buildup of algae on the surface was apparent as well as slight green hue to the entire water body. A few locals mentioned that fish kills and a strong sewage odor will often occur after a significant rain event. Also related, a water spigot near the SE wetland had been leaking at one point - a walker shut it off but noticed a bad smell after the water got on his hands. The source of the water which comes out of the spigots (there are several around the lake which are likely used for landscaping) is currently undetermined.


Along the walking path, there was what appeared to be an HDPE underground storage tank (UST) to the east of the gym area. Behind the gym to the north was also a filled kalyani. 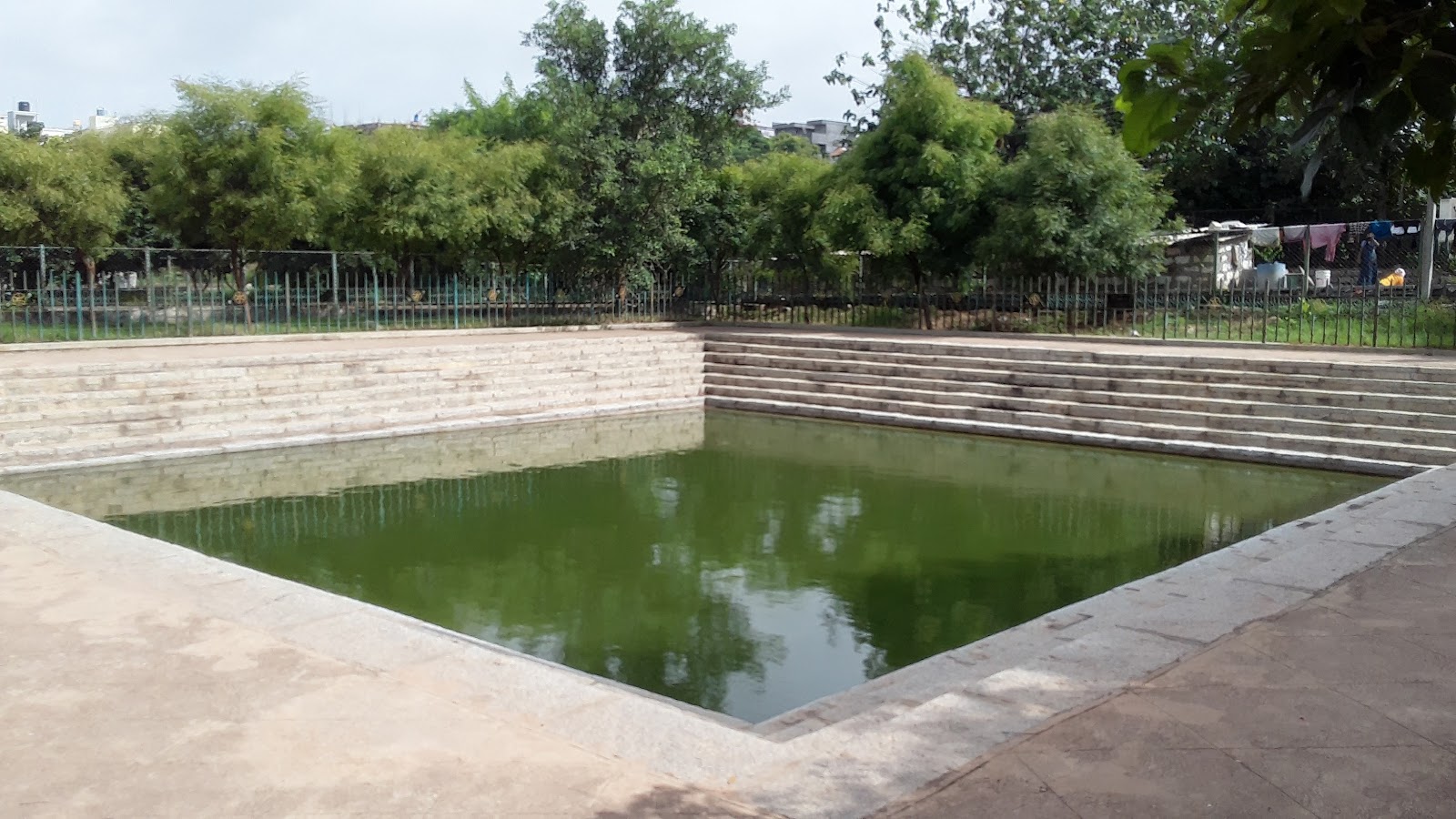 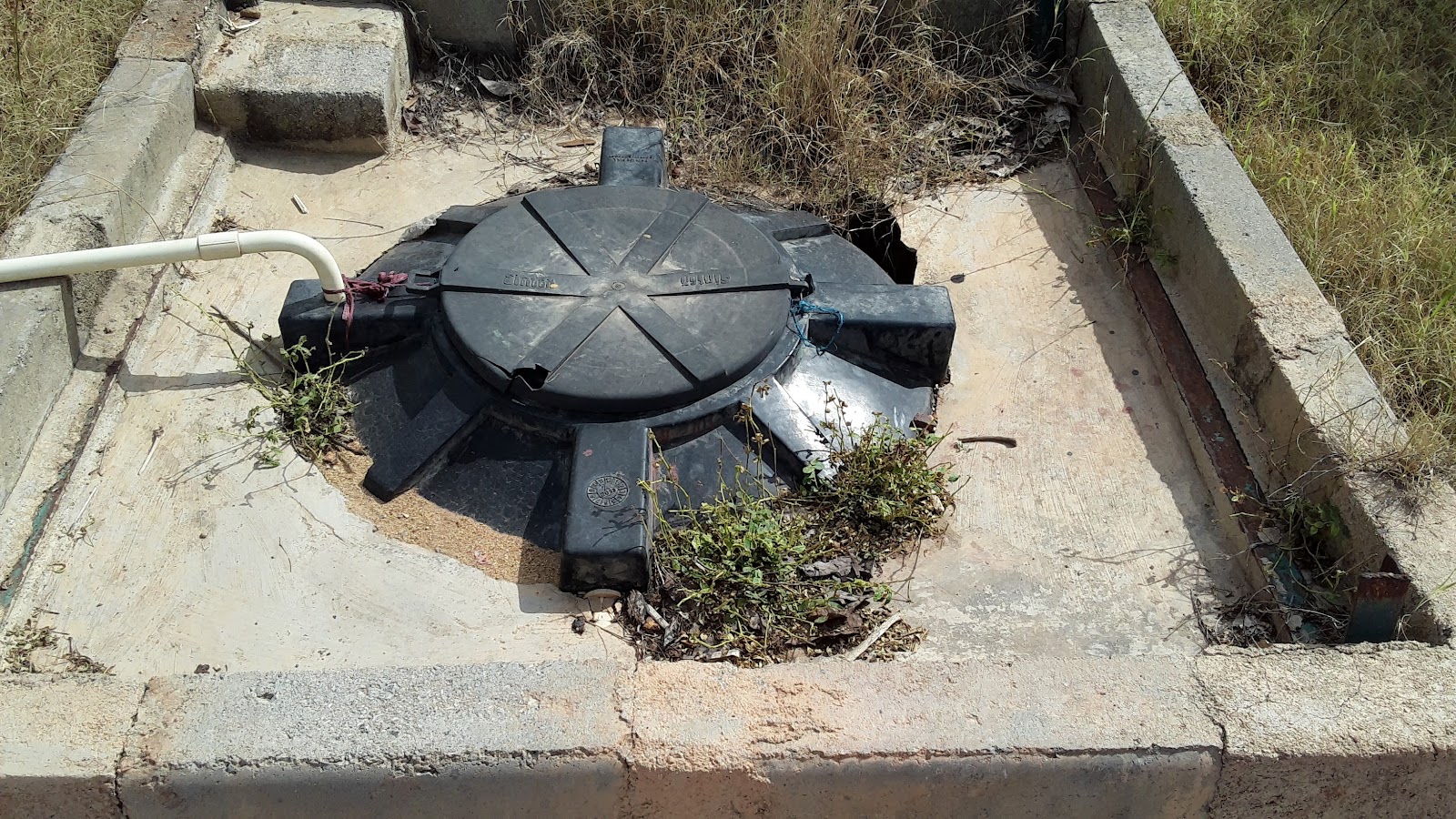 The plant growth around the lake is maintained by 6 individuals who trim the grasses.

The STP at Dorekere is owned by the BBMP and was constructed in 2010 for about Rs. 2.15 crore2. The STP is capable of treating 1 MLD of sewage. The sewage enters the plant from the sewage drain to the east of the STP and then the treated water is piped to the rock berm separating Wetland 1 from the lake. The STP discharge is not regularly tested to assess its quality.


It is a conventional treatment plant with aeration, secondary, and tertiary treatment processes. The filters are backwashed for a minimum of 10 minutes each day - the backwash is recycled to a previous step in the treatment process. Regular maintenance of the entire facility is performed annually.

There are two wetland areas at Dorekere: Wetland 1 in the NE corner and Wetland 2 in the SE corner. Both are separated from the lake by a rock bund.
Wetland 1 has a large number of wetland plants throughout the area, though they did not cover the entire wetland.

Wetland 2 has very few, if any, plants. Because of this, the sewage from the drain undergoes very little treatment while in the wetland. Large solids may settle and be filtered as the water passes through the stones and plant growth on the bund.

The condition of Dorekere lake is worse now. It is in a state of crisis. Before beginning of monsoon, heaps of garbage was dumped by local garbage contractors at the overflow outlet of the lake and at Wetland 1. When rains began, all the solid garbage is into the lake now. The stench is unbearable.