Jakkur lake ecosystem and its challenges

There is something unique to the Jakkur lake ecosystem; lake filled with water, a sewage treatment plant (STP) near the lake site which disposes the treated water into the lake helping in maintaining the water balance, a constructed wetland, numerous open wells, fishermen and farming community using the lake for fishing, irrigation, and other domestic uses. Yet, it will be unfair to say it is free of challenges. Understanding the working of this ecosystem, the challenges involved by interacting with the lake group, JalaPoshan, actively involved in conservation activities of the lake was thus the main agenda of visit to Jakkur Lake on Sunday, 19th April, 2015.

Jakkur Lake is situated at north eastern part of Bengaluru city with an area of 160 acres. A 10 MLD STP with Upflow Anaerobic Sludge blanket (UASB), a secondary level of treatment, has been set up by BWSSB at the lake site since 2004. Treated water from the STP is supplied to Bangalore International Airport along with allowing it into lake. However, the quantity given to BIAL is not known. The restoration work by BDA, from 2008-10, resulted in bunding of the lake, fencing and setting up of constructed wetland.

Satya Foundation (http://www.satyafoundation.in/program_parisara.php), a charitable trust, working in nature conservation and believing in participatory engagement got associated with Jakkur Lake through their programme on Preservation and Conservation of the Jakkur Lake , “JALA POSHAN - Sustaining Lake restoration” during the BDA restoration work. The engagement with the lake increased multifold when the restoration work was over and sustaining the restored lake became the focus of the group. The programme JaLa Poshan has resulted into official formation of JaLa Poshan group with the responsibility of maintaining the lake in 2014. In October 2014, the lake was officially handed over to BBMP and the process of adoption of lake geared up in the meantime.

Currently, process of adoption of lake and signing a MoU with BBMP with a 3 year contract is underway. The terms and conditions of the MoU include- infrastructure and security provision by BBMP and regular monitoring and maintenance by JalaPoshan group.

The village lake earlier was a source of water for farmers staying close by. The lake was a shallow irrigation tank providing water for the fields and the animals as well. It was alsosource of water for more than 50 dhobis. Other activities like washing clothes, fishing used to happen and still happen. During summers, the lake used to naturally dry out and farmers used to de-silt the lake themselves. The silt was a good fertile soil beneficial for farming and was even sold to different areas earning the group of farmers some extra revenue. The fishermen community also helped in desilting work.

After the lake restoration work was finished, there was no check on the water quality of the lake in the meantime. The in-house laboratory of the STP checks the inlet and outlet water quality at STP level daily. However, since the involvement of JalaPoshan group, once in a week or once in 15 days two people from the group ensure that samples are collected from the lake and get it checked in the lab. The results show that the STP outlet water quality is better than the lake quality. The reason could be attributed to the fact that there are three other inlets, stormwater drains to the lake, which carry sewage along with the rainwater affecting the water quality.

Though the before the restoration and setting up of STP and after the STP comparison about water quality is not available for this lake, please see this http://www.ijser.org/researchpaper%5CAssessment-of-Surface-Water-Chemistry-of-Jakkur-Lake-Bangalore-Karnataka-India.pdf a study in 2013. The study concludes that the water is suitable for irrigation purposes. However, the direct correlation between establishment of STP and the water quality has not been established so far. The continuous monitoring by the group subsequently would shed more light on this.

As of now, limited fishing activity happens in the lake with the fishermen signing a contract with fisheries department and breeding Rohu, Katla, Jalebi fish varieties. The water is being used for washing, irrigation, etc.

The group is currently in the process of adoption of the lake and subsequently working on the conservation plan for the lake. The immediate things to focus have been identified by the group:

We would like to thank Dr. Annapurna Kamath and members of JalaPoshan group for an enriching experience. 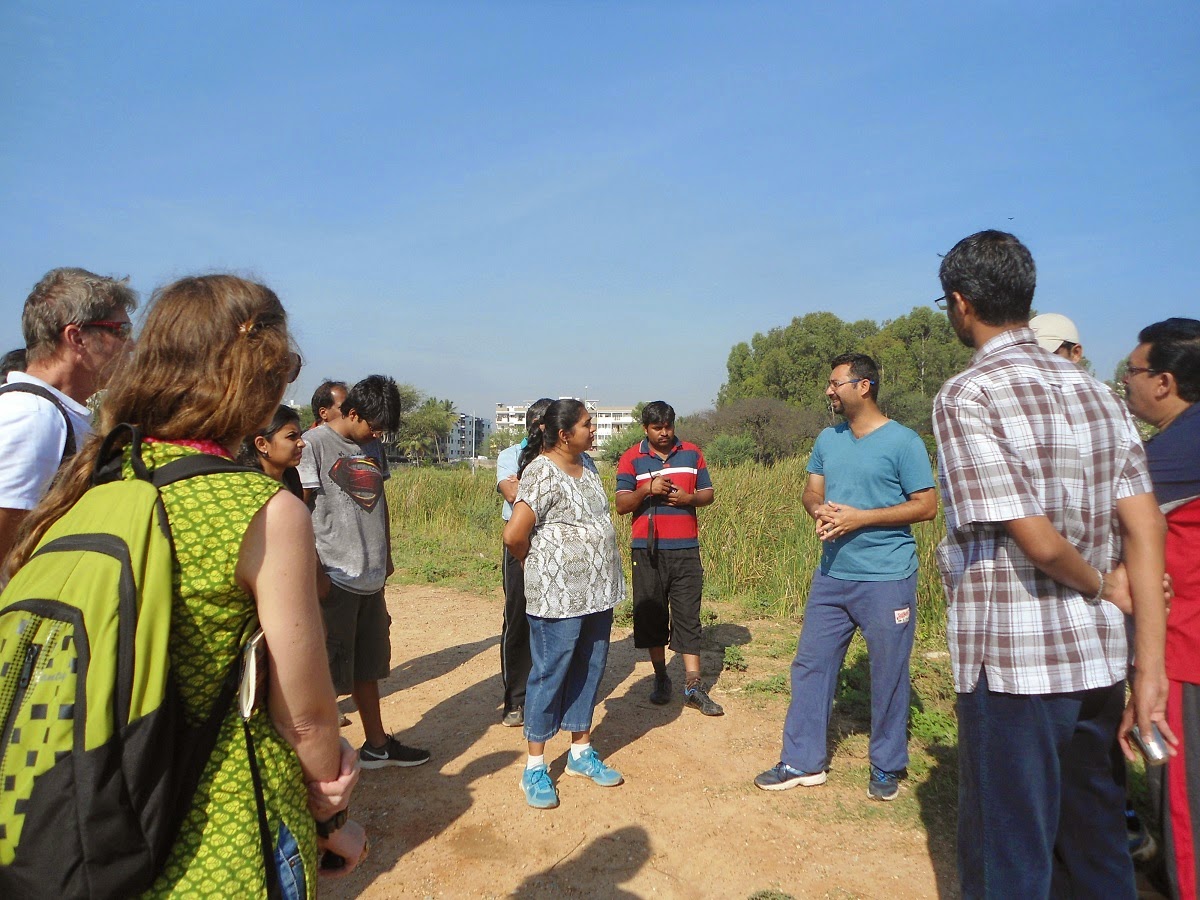 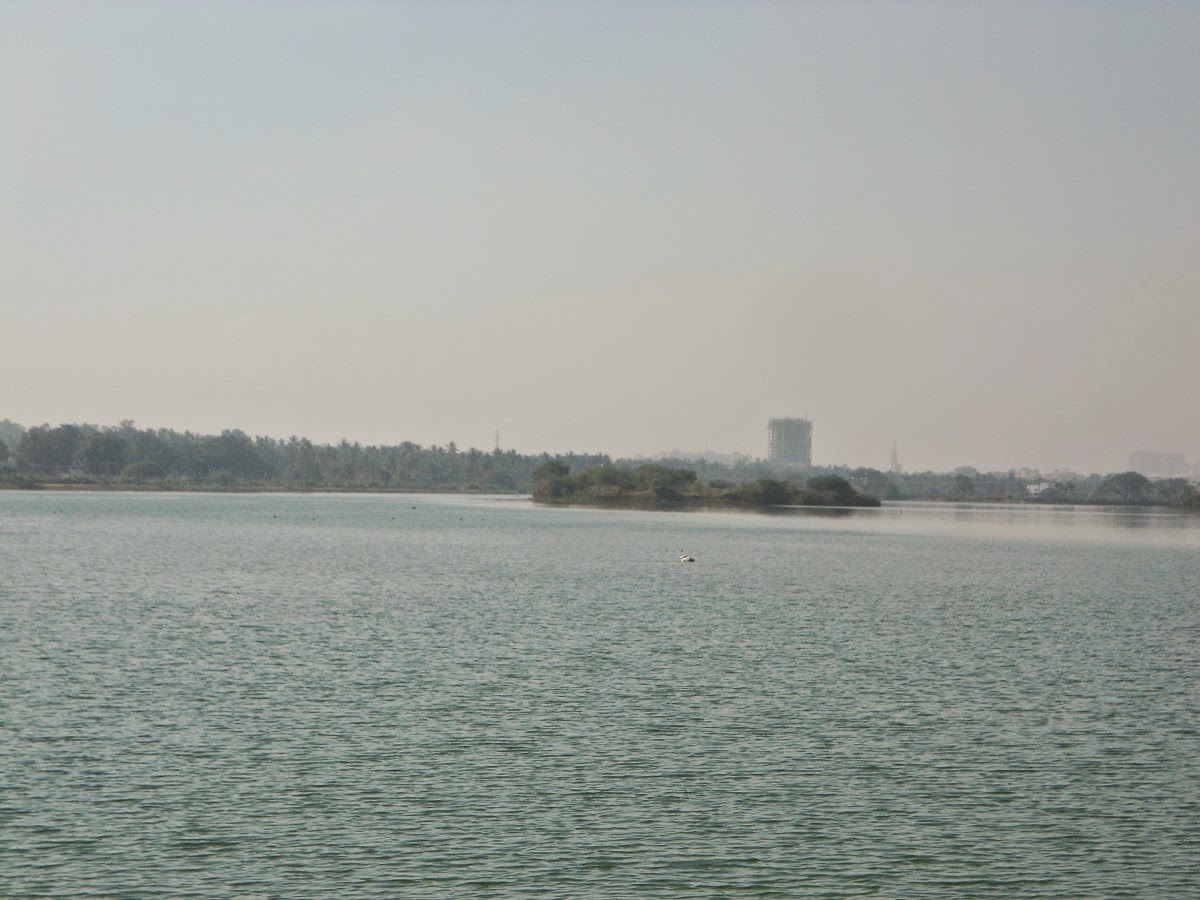 Nice report however no water from this STP is sent to the BIAL(now KIAL) but all of it - approx. 8.5 million litres per day - comes to the lake through a wetland. The lake consistently overflows and the waters reach Rachenahalli lake downstream. The recharge of groundwater from the lake has been studied by the University and is estimated as close to 7 million litres per day. The eprformance of the wetland has also been studied and shown to reduce Nitrates and Phosphates by 70 % approximately. The number of Pelicans in the lake was close to 200 in the early morning hours this Sunday.