Several of the lakes in Bangalore face a common problem of inflow of sewage from neighboring communities into the lake. Though violating a law shying away from the ground reality wouldn't solve the problem in any way. Hence, a group of people which included citizens, developers, organizations from the Sarjapur/bellandur region of Bangalore, embarked on a visit to Herohalli Kere to understand the mechanisms of Soil Biotechnology which has been used to treat wastewater entering the lake. The below write up summarizes the observations made during the visit by the participants:

The lake is spread across 25 acres. The jurisdiction of Herohalli Lake is with BBMP. In other words, the maintenance of the lake is the responsibility of BBMP. Couple of years back, the lake had completely dried up. Being a landlocked lake without any natural inflows or outflows, BBMP thought of piloting a solution. The plan was to restore the lake by diverting sewage from a major sewage channel into the lake, treat it in a local STP (Soil Biotechnology in this case) and then release the treated sewage into the lake. In this case, the technology for treating the sewage is called Soil Biotechnology which works on similar principles of sewage treatment yet in a different way.

The lake is surrounded by independent houses which means that their sewage is not treated by privately run STPs. Moreover, majority of sewage inflow is domestic. However, there are some polluting industries in the neighborhood, which release chemicals (dye, etc.) periodically (illegally!) into the sewage. At that time, the inlet sluice gate is closed to prevent the polluted sewage from entering the plant. The staff has to keep a constant watch on the incoming sewage.

The process is called soil biotechnology (SBT). The technology is developed in-house by IIT-Bombay researchers and been implemented at Herohalli through Vision earthcare.

According to the design engineer, the plant is designed for 1.5 MLD and works at approximately 70% capacity.

Components of the process/system:

2. After initial pumping from Jackwell, the sewage passes through following chambers for further screening:

The Soil bed consists of:

The water is pumped as follows:

Approximately 3 ton of sludge is settled in primary sedimentation tank. In course of time the sludge which settles will be hydrolyzed and will dissolve in the water itself. 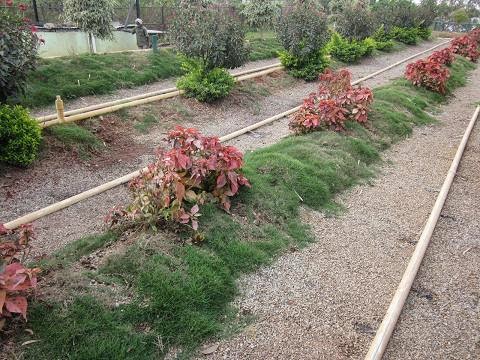 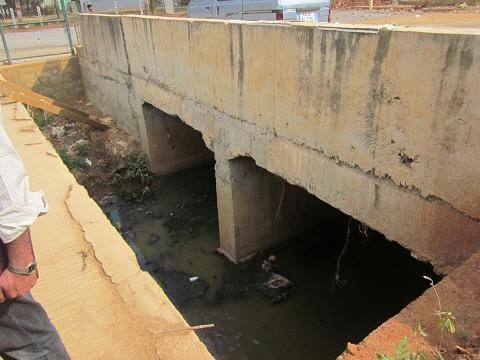 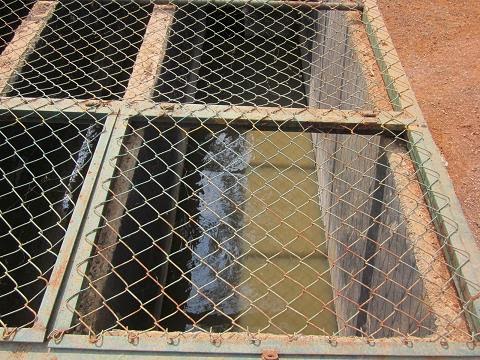 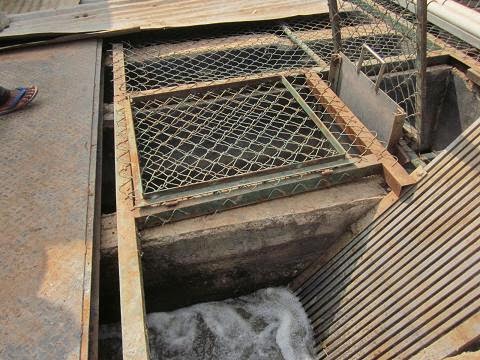 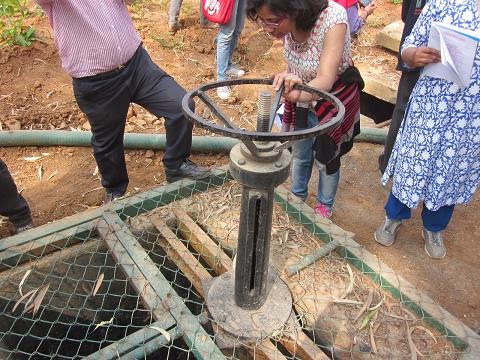 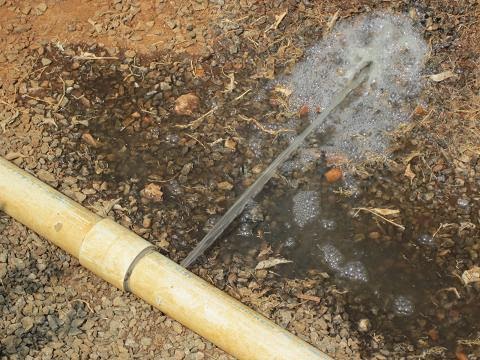 Following are some of the questions (some have been responded) that would help evaluate the technology in a better way:

1. BOD/COD and other water quality parameters after Primary sedimentation tank?

Typically about 70%-75% of incoming BOD/COD. However this is to be tested

Nitrate and Phosphate data not available

3. Approved by KSPCB or not?

4. Existing sewage in the lake. What can be done?

Over a period of time, plan is to visit and understand few more technologies like conventional sewage treatment, phytorid, etc.

The post is written in very a good manner and it contains many useful information. CPVC Piping systems are the ideal choice, because they are corrosion resistant, durable, smooth, friction free, resistant to bacterial growth and environment. Supreme PVC Pipes | CPVC Pipes

Very well explained the treatment of wastewater using soil. I was seeking for
sewage water pumps and got your post. This is a great post and I would like to read more comings.
Thanks.

Informative blog! You really well explained the method of water treatment. Can you please tell me if Paddlewheel Flowmeter is suitable for wastewater treatment?

I really appreciate your help with my project! thanks a lot ! bom hoa tien https://vnpump.com/chi-tiet/bang-gia-may-bom-hoa-tien-moi-nhat-tai-tphcm-190.html

Thank you for sharing information on sewage water treatment

Very well explained the treatment of wastewater using soil. I was seeking for wastewater biological treatment and got your post. This is a great post and I would like to read more comings.
Thanks.

The website is offering the best deals for the installation of the Sewage Treatment Plant ; also as their team is in the field for a long time so one can trust them for the best services.

The design of the Swimming pool filtration plant on this website is very attractive and safe. This website has all information that one needs to know about the filtration process for their pool.

This website was recommended to me by a friend as I am looking for options to install the Wet scrubbers and I must say they are actually offering the best deals in town.

This website helped me a lot in providing exact information regarding packaged sewage treatment plant. The sentences are framed very well so that one can easily understand the topic.
Packaged type sewage Treatment plant