Rashtriya Vidyalaya College of Engineering (RVCE) spread over 52.5 acres is located in the Bangalore Mysore road (between Jnanabharathi and Kengeri). There are seven borewells and one open well in the campus area. Due to continuous pumping of the borewells (to the tune of 7-8 hours a day), there is a significant risk of over exploiting the aquifer. The total water consumption of the campus is pegged at around 500 kilo litres (KL) per day of which BWSSB supply is around 40 KL per day and the rest is obtained through borewells.

KPMG, as a part of its Corporate Social Responsibility program identified RVCE for implementation of a rainwater harvesting system. The first phase of this project was executed way back in 2010 with design inputs from Biome The rooftops of three blocks were tapped and directed to a 150 KL sump. This system helped the college in harvesting close to 3 million litres of rooftop runoff annually. Additionally, the overflow from the sump was fed to a recharge well which helped in replenishing the ground water table.

Buoyed by the success of the first phase, the second phase was planned with the intent to increase the quantum of rainwater harvested. This involved tapping rooftops of two hostel blocks (Chamundi and New MV Block) adding up to an area of 2439 sq m. The runoff is directed to two brick masonry filters, whose output is led to a new 50 KL sump. A 3 HP centrifual pump does duty to pump the water from this sump to one of the colleges' existing sump. 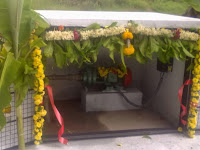 The complete system was inaugarated by officials from KPMG on the 23rd October, 2013. 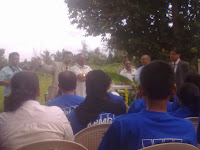 This system has the potential to harvest around 1.6 million litres a year. 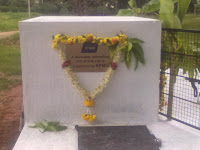 The open well in the campus gets the surface runoff of the campus that flows in the storm water drains. Consequently, the well is filled with all kinds of debris and is a picture of neglect in its current state. It is high time that the cleaning up and maintenance of the well is taken up as one of the main action items for the next phase of the rain water harvesting initiative in the college.